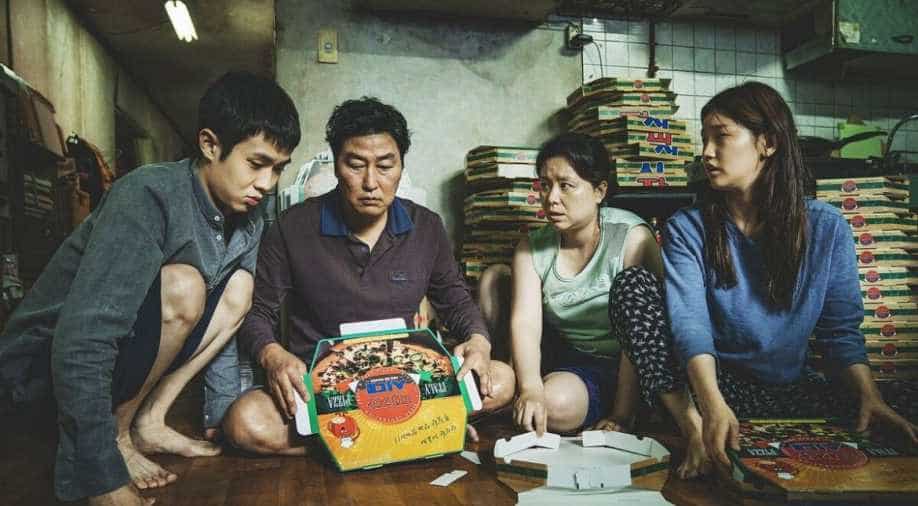 For those who haven't been able to watch Bong Joon-Ho's critically acclaimed film 'Parasite' yet, there is good news.

For those who haven't been able to watch Bong Joon-Ho's critically acclaimed film 'Parasite' yet, there is good news. The Oscar-winning film will soon be available on a digital platform.

Amazon Prime Video will be releasing the film digitally in India and it will be available for streaming from March 27 onwards. Read WION's review of 'Parasite' here.

The film that is set in South Korea and highlights the class divide in the country was one of the most talked-about films of 2019. Directed and co-written by Bong, the film follows the lives of a poor family, the Kims as they con their way into becoming the servants of a rich family, the Parks. But their easy life gets complicated when their deception is on the verge of being exposed.

The film won the prestigious Palme d'Or at Cannes Film Festival and created history at Oscars earlier this year as it became the first non-English language film to win the Best Picture award.

The film will be available in Hindi dubbed version as well on the platform to reach to a wider audience.

Due to the present Coronavirus pandemic, a lot of offices have requested their employees to work from home. Most people are staying indoors and studios are taking the extraordinary step of funnelling recently released films onto OTT platforms.

According to reports, Universal Pictures will now make its current and upcoming films available for on-demand rental, becoming the first major studio to break the tradition of releasing on theatre first and waiting for 90 days before digitally releasing it.

The studio said it will put movies currently in theatres — ' Invisible Man', 'The Hunt', 'Emma'  up for rental as early as Friday.