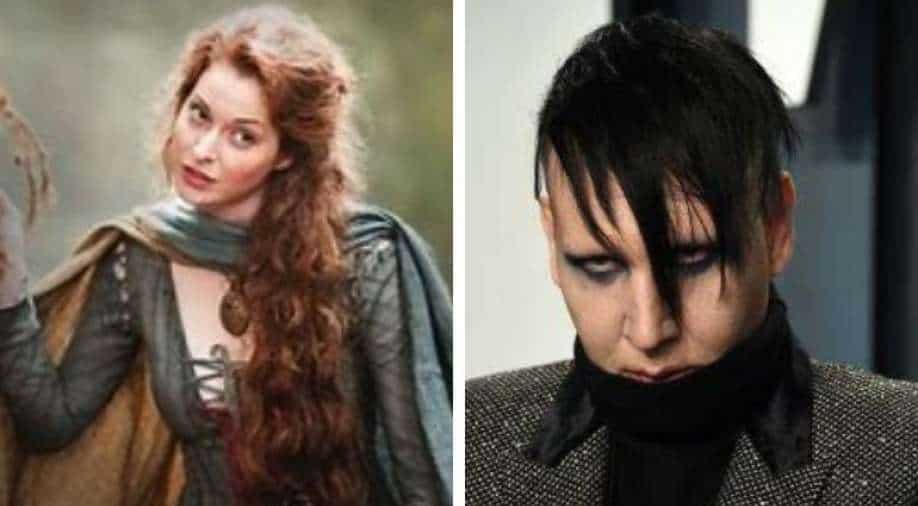 Marylin Manson will have to face 'Game Of Thrones' actress Esmé Bianco's accusation in court. A judge gave Bianco a go-ahead to pursue her sexual assault lawsuit against Manson.

Marylin Manson will have to face 'Game Of Thrones' actress Esmé Bianco's accusation in court. A judge gave Bianco a go-ahead to pursue her sexual assault lawsuit against Manson.

Judge Fernando L Aenlle-Rocha of the US District Court of California denied Manson's plea to dismiss Bianco's claims based on the statute of limitations.

Manson now has been ordered by the judge to file a formal answer to each of the claims made in Bianco's lawsuit within the coming 14 days.

"A reasonable jury could find that the effects of Warner’s alleged unconscionable acts, including the perceived threat to Plaintiff’s safety, immigration status, and career, persisted years after her last contact with Warner," Aenlle-Rocha wrote in his court address.

In her original filing, Bianco had stated that she was in a relationship with Manson from 2009 to 2013 and Manson had allegedly raped her around May 2011.

In an April statement, Bianco said, "As millions of survivors like myself are painfully aware, our legal system is far from perfect. This is why I co-created the Phoenix Act, a law that gives precious additional healing time to thousands of domestic violence survivors. But while I fight for a more just legal system, I am also pursuing my right to demand my abuser be held to account, using every avenue available to me."

The actress continued, "For far too long my abuser has been left unchecked, enabled by money, fame and an industry that turned a blind eye. Despite the numerous brave women who have spoken out against Marilyn Manson, countless survivors remain silenced, and some of their voices will never be heard. My hope is that by raising mine I will help to stop Brian Warner from shattering any more lives and empower other victims to seek their own small measure of justice."

In September another of Manson’s rape accusers saw her lawsuit dismissed by California Judge Gregory Keosian after it fell out of the statute of limitations.

The woman had sued Manson for alleged rape and sexual battery in Los Angeles back in May and in her complaint claimed she began dating him in 2011 and soon found herself being exploited by him.

Manson has denied all the claims levied on him by various women.