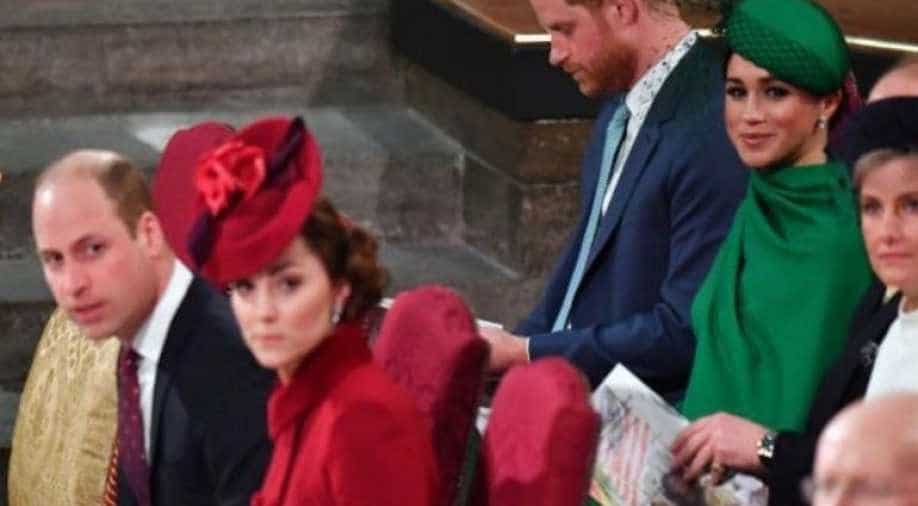 Prince William is supporting his wife Kate Middleton in the wake of brother Prince Harry and sister-in-law Meghan Markle`s recent bombshell interview with American talk show host Oprah Winfrey. In the interview with Oprah, the Duchess of Sussex revealed that Kate made her cry at the time of her wedding to Harry.

A source close to the royal family revealed to People Magazine that Prince William is looking out for his wife, and growing more protective of her after this accusation." William is very protective of Kate and can get very angry. For Meghan to name Kate in a negative light is worse than being attacked himself," the source close to Prince William told People magazine.

Meghan's controversial statements were also followed by an explanation that Kate apologised to her after the incident."And I don`t say that to be disparaging to anyone, because it was a really hard week of the wedding, and she was upset about something. But she owned it, and she apologized and she brought me flowers and a note apologizing," the Duchess of Sussex said during the tell-all interview.

After the interview, the royals and the staff members were filled with "anger", disclosed the source. Making further revelations, the insider also told that the Duke of Cambridge is feeling "fiercely protective over his wife" and "he`s unhappy with Markle`s mention of Middleton".However, after mentioning Kate, the duo refused to name further royal family members regarding a discussion that took place between Harry and other members about the `concerns` over the Prince`s then-unborn son Archie`s skin tone.

Harry has spoken to William and Charles post the Oprah interview, the family has not reached out to Meghan

Meghan had also revealed that she was denied help when she felt suicidal, among many other bombshell revelations. Meghan and Harry`s CBS special with Oprah marked the couple`s first joint interview since their royal exit, which was recently made permanent. In the interview, the duo discussed the reasons behind their decision to step back from their royal duties, which they had first announced in January 2020.