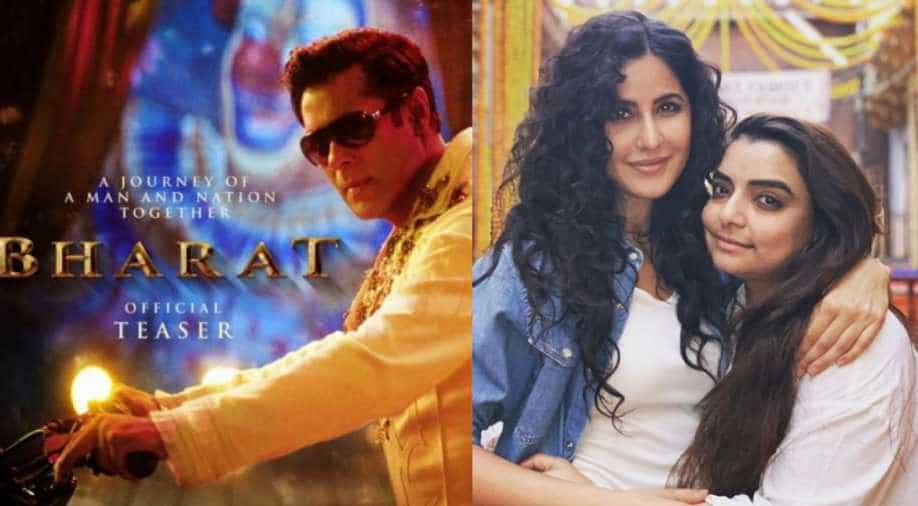 The film is slated to release on Eid this June.

Katrina Kaif has upped her Instagram game as she regularly posts pictures and videos from her work as she shoots for her upcoming film ‘Bharat’ with Salman Khan.

The actress shared a new still from the film as she shot for a dance sequence with choreographer Vaibhavi Merchant. The two girls can be seen hugging one another in the picture released.

She captioned: "Another one together Thank you masterji @vaibhavi.merchant such respect for your craft and your constituent desire to create the best in your work. #bharat"

Another one together 🌟Thank you masterji @vaibhavi.merchant such respect for your craft and your constant desire to create the best in your work . ❤️#bharat

Earlier, Katrina had shared some fun snaps of herself and team as they shot for the film. In one, she flaunted her curly hair as the camera was zoomed in on a closeup of her.

Meanwhile talking about the film at an earlier occasion, she said, "It has been extremely inspiring, exciting, challenging and interesting. From the moment I started to prep for this film, to date, it’s been such a journey of discovery and learning. There have been so many moments while filming that I will always cherish."

The film is slated to release on Eid this year.