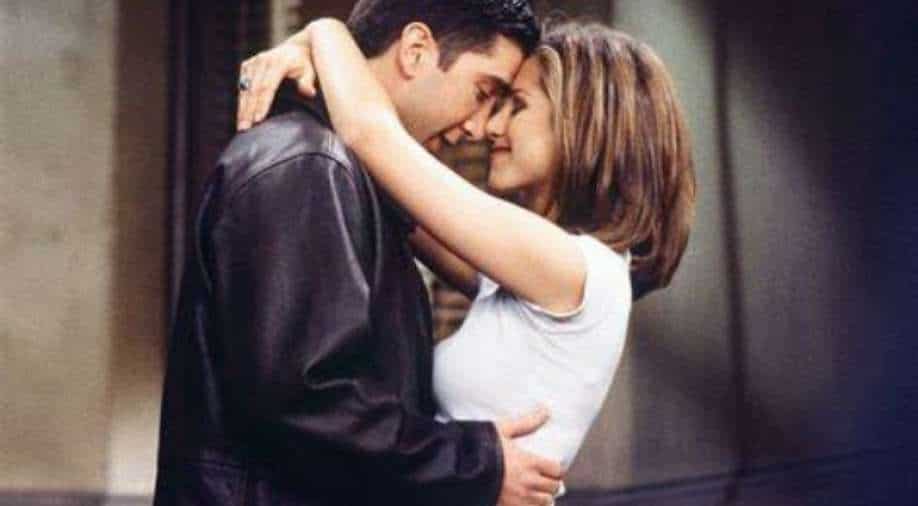 David Schwimmer and Jennifer Aniston played Ross and Rachel in the hit show, who were romantically linked almost throughout the show and even had a baby by the end.

Ever since David Schwimmer and Jennifer Aniston admitted in that they were 'crushing hard on each other' during the filming of 'Friends' Season 1, fans have been hoping that the two- now single stars- would rekindle their feelings. The revelation was made by the two stars during the reunion special that aired in May earlier this year.

Last month rumours were rife that the two had actually reconnected and started dating.

Responding to the dating rumours, Jennifer Aniston said she too had heard of them. "That was bizarre. I could not believe that, actually. Like, really? That's my brother," Aniston told ET's during an interview for her show 'Morning Show' with co-star, Reese Witherspoon. "But I understand it, though. It just shows you how hopeful people are for fantasies, for dreams to come true."

The two actors played Ross and Rachel in the hit show, who were romantically linked almost throughout the show and even had a baby by the end. The two shared amazing chemistry and most fans hoped that the two would be together in real life as well.

The news of the two dating was recently denied by the reps of David Schwimmer and Aniston.

"The first season, we-- I had a major crush on Jen," Schwimmer said during the HBO Max reunion. Aniston replied, "It was reciprocated."

"At some point, we were both crushing hard on each other," Schwimmer continued. "But it was like two ships passing because one of us was always in a relationship. And we never crossed that boundary. We respected that."

Also see: Jennifer Aniston will not attend this year's Emmys due to pandemic