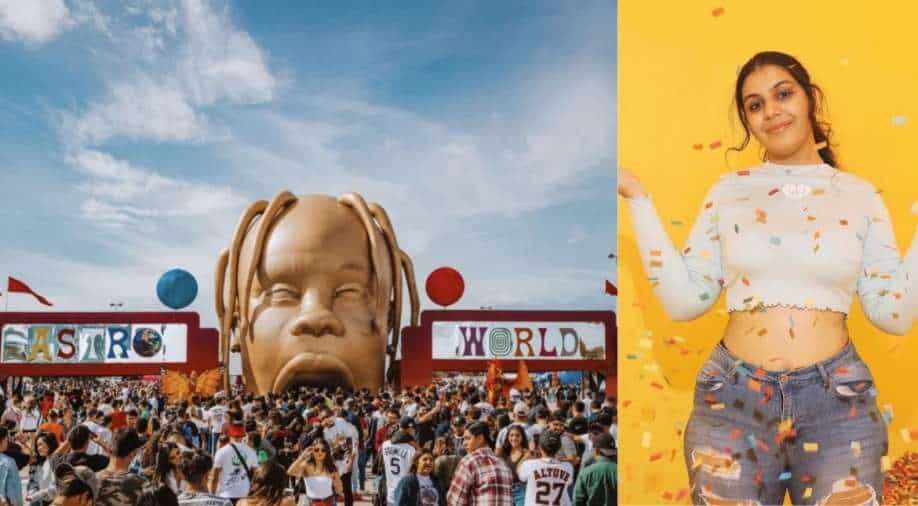 Bharti Shahani, a 22-year-old Texas University student has been declared brain dead after she suffered an injury while attending Astroworld Festival on Friday.

Bharti Shahani, a 22-year-old Texas University student has been declared brain dead after she suffered an injury while attending Astroworld Festival on Friday.

At least 8 were been killed and hundreds were injured when the crowd surged ahead during the concert which was headlined by Travis Scott.

Indian origin Bharti had attended the concert with sister Namrata Shahani and cousin Mohit Bellani. The three lost each other when the crowd surged towards the stage. According to reports, both Namrata and Mohit lost their mobile phones and were unable to trace Bharti.

Mohit told ABC Houston, “Once one person fell, people started toppling like dominos. It was like a sinkhole. People were falling on top of each other. There were like layers of bodies on the ground, like two people thick. We were fighting to come up to the top and breathe to stay alive.”

Bharti reportedly lost oxygen for several minutes and as a result, her brain stem got swollen to almost 90%.

"The doctors, they say the chances of survival are nothing, which I have not even spoken to my wife until now. We keep saying we'll pray. I request all of Houston to pray for her. Maybe the prayers might work as a miracle for her," Bharti's father Sunny Shahani said.

Bharti was rushed to Houston Methodist Hospital and was given CPR on the way there. She also suffered multiple heart attacks.

The age group of the 8 who died in the incident ranges from 14- 27. The concert had over 50,000 people in attendance and things took a deadly turn when the crown surged towards the stafe when Drake and Travis Scott made an appearance.