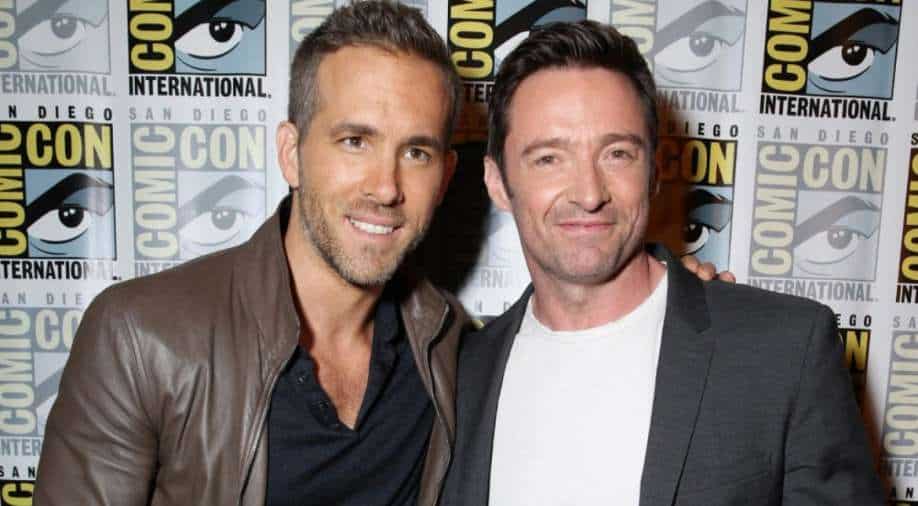 Hugh and Ryan's fun feud dates back to 2009 when they met filming 'X-Men Origins: Wolverine'.

Hugh Jackman is doing it again!

Everyone enjoys the fun-feud between Hugh and Ryan Reynolds, and this time, marking Ryan birthday, Jackman is back again with a hilarious wish.
The actor wished Reynolds a happy 45th birthday in a video, which he posted to his Instagram Story.

Also read: Elton John reveals what he'll do after his farewell tour

In the video, a number of crew members wish Ryan a happy birthday before the camera finally shifts to Jackman, who’s sat in a hair and makeup chair. Jackman sighs heavily and flaps his lips as he attempted to wish, "It's not easy... Happy birthday, Ryan," he said to the camera. "There you go, we got it! How many people did we get? People say I don't like you, but that was 15 people."

Meanwhile, Jackman then pulled out a bundle of cash and began counting it, as if he paid his hairdresser and crew members for wishing Reynolds happy birthday on camera.

Also read: Dwayne Johnson on his presidential bid: I’m not a politician, that’s the truth

"They say I don't love you," the actor added.

Both the stars are known to be good friends and have a history of mocking and trolling each other.  Hugh and Ryan's fun feud dates back to 2009 when they met filming 'X-Men Origins: Wolverine.'