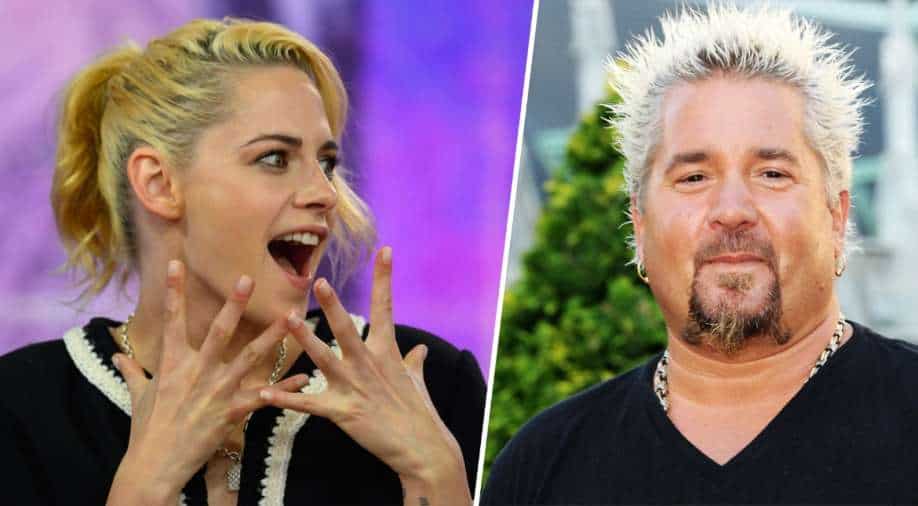 "Oh my god. Is he joking?" Kristen Stewart said after being taken aback by this kind gesture.

Kristen Stewart's wedding is going to be all kinds of amazing!

While promoting her upcoming film 'Spencer' earlier this week, the actress revealed on The Howard Stern Show that she's engaged to her long-time girlfriend Dylan Meyer. But, there's more to their love story.

Stewart has expressed her desire of wanting a certain "sweet, sweet spiky-headed man" to officiate her big day.

On Thursday, celebrity chef and former TV presenter, Guy Fieri, accepted a call during Stewart's interview on Today. the 'Twilight' actress was surprised by a video message from Guy.

"Hey Kristen, Guy Fieri here, and I heard through the Flavortown grapevine that you are looking for a sweet spikey-haired officiant for your wedding. I'm all in!" he said in his pre-recorded message to her.
"Oh my god. Is he joking?" Stewart said after being taken aback by this kind gesture.

Fieri then went on Twitter to assure the star and shared the video from the interview, writing, "Oh, that offer is legit!" with a crying-laughing emoji.

Ever host Hoda Kotb had to double check with Stewart about wanting Fieri to officiate. "Absolutely!" Stewart replied immediately. "Do you know where he lives? What's his address? Does he live in L.A.? We should talk about this," she joked.

Stewart originally told Stern that the couple was thinking of doing it all by themselves, but later talked about "Guy Fieri from the Food Network officiates a lot of gay weddings."

Back in 2015, Guy had officiated a mass wedding for 101 gay couples in Miami during the annual South Beach Wine & Food Festival.

"The idea of that man — that sweet, sweet spikey-headed man — coming to our wedding and officiating it, it just makes me laugh so much," Stewart said.