Karen Gillan on 'Gunpowder Milkshake': What really captured me were the action sequences 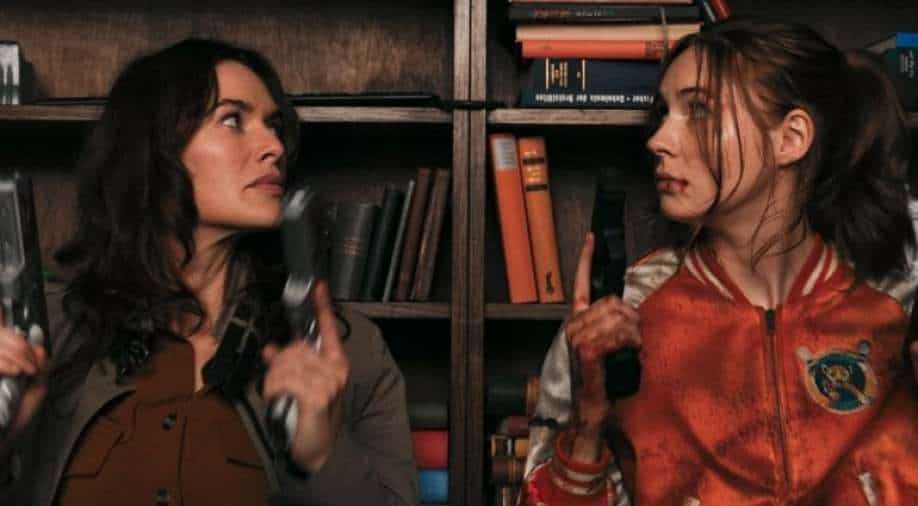 'Gunpowder Milkshake' will release in the Indian theatres on the 10 September 2021.

Widely recognised for her contributions to the British Film and Television industry, Karen Gillian became a household name after playing Nebula in Marvel's 'Guardians of the Galaxy'.

'The Doctor Who' star will now take on the mantle of a bold and brutal assassin in Navot Papushado’s 'Gunpowder Milkshake'. Her character, Sam, is seen juggling between the risky choice of obeying her criminal bosses or protecting the life of an innocent eight-year-old girl.

Gillian was blown away by the script, as she says, “When I first read this script I was totally engrossed and felt that this character was something I certainly hadn’t played before. Then, what really, really captured me, were the action sequences. I felt that it would be an incredible creative process.”

Gillan really sensed a strong connection towards her role, “Sam is so cool. First, she is incredible at fighting and can handle all the different types of combat and use all sorts of different weapons that I’ve personally never heard of or seen before. But the character has also got such depth: she’s a woman who is completely lost”.

Explaining that it was her human side that really won her over, she adds, “In her mind she was abandoned by her mother when she was a child and she’s suffering from the sense of loss and lack of self-worth because she felt there wasn’t enough to keep her mother around, so she has abandonment issues."

Lorde no longer to perform at MTV VMAs 2021

Karen concludes, "Playing a character of such contrasts - someone who’s very strong and an amazing fighter but also terribly emotional, vulnerable - would, I knew, be really cool”.

The film also features Lena Headey, Carla Gugino, and Paul Giamatti among others. 'Gunpowder Milkshake' in Indian Theatres on the 10th September 2021.