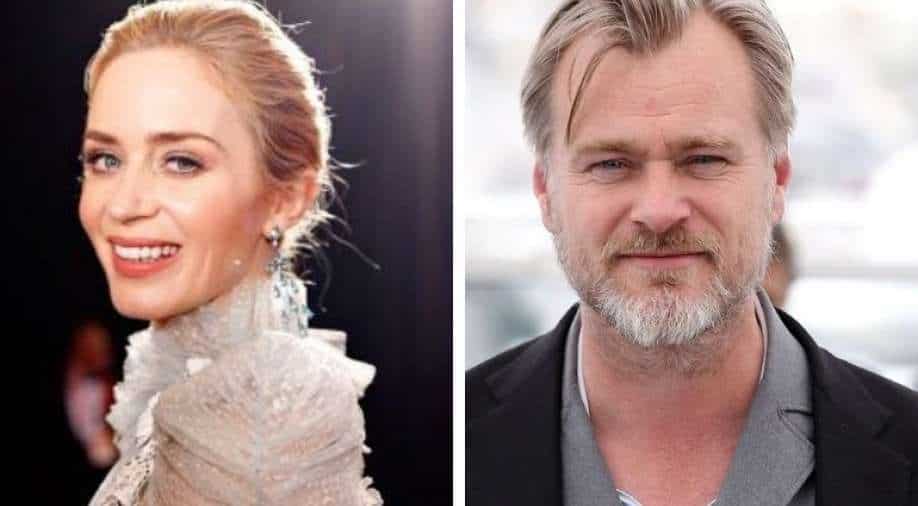 The movie is the biopic of J. Robert Oppenheimer, the theoretical physicist who is remembered as one of the fathers of the atom bomb.

Emily Blunt is all set to star in Christopher Nolan's new film 'Oppenheimer'. The movie would reunite Blunt with her 'A Quiet Place Part II' co-star Cillian Murphy.
This is Blunt’s first project with Nolan.

Murphy will portray the title role of J. Robert Oppenheimer in the film. The movie is the biopic of Oppenheimer, the theoretical physicist who is remembered as one of the fathers of the atom bomb.

Universal Studios has described this project as "epic thriller that thrusts audiences into the pulse-pounding paradox of the enigmatic man who must risk destroying the world in order to save it."

Nolan will write and helm the movie which is based on the 2005 Pulitzer Prize-winning book 'American Prometheus: The Triumph' and 'Tragedy of J. Robert Oppenheimer' by Kai Bird and the late Martin J. Sherwin.

Production will begin in early 2022 and the movie is scheduled to release in theatres on July 21, 2023.