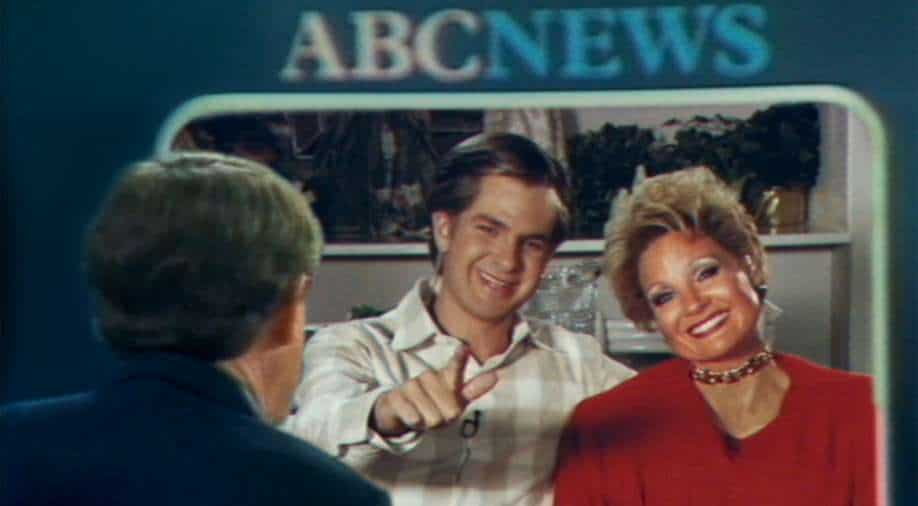 A still from the film Photograph:( The New York Times )

Showalter’s film shares its title and its plot with a 2000 documentary by Fenton Bailey and Randy Barbato, and also sympathy for its subject. Tammy Faye (who died in 2007) may have been an over-the-top spendthrift and an exhausting media personality, but she was also, these movies insist, sincere in her faith and generous in her view of humanity.

If you were watching television in America in the 1970s and ’80s — the old three-network days that now seem as distant as the horse-and-buggy era — you could hardly miss Jim and Tammy Faye Bakker. Upbeat evangelists with the Upper Midwest in their voices, they helped expand Christian broadcasting from a niche into an empire via their PTL satellite network.

Even if you missed them in their prime, you couldn’t avoid the spectacle of their downfall — an end-of-the-'80s tabloid scandal involving adultery, hypocrisy and financial shenanigans. In 1989, Jim Bakker was convicted of fraud and sentenced to federal prison. His wife (who had divorced him a few years later) was razzed by talk-show hosts and stand-up comedians across the land for her gaudy makeup, her big hair and her full-throated singing voice.
“The Eyes of Tammy Faye,” directed by Michael Showalter from a script by Abe Sylvia, tells this story dutifully, following the familiar showbiz biopic sequence of rise, ruin and redemption. We start out in Eisenhower-era Minnesota, where Tammy Faye (Jessica Chastain) grows up in the shadow of a pious, unsmiling mother (Cherry Jones). When she meets Jim Bakker (Andrew Garfield) at Bible college, it seems like a providential match.
Jim preaches a version of the prosperity gospel, insisting to his flock that God wants them to be rich. This optimism and the worldly ambition that comes with it appeal to Tammy. A natural performer onstage (and later, on camera), she brings maternal warmth, wholesome sex appeal and relentless good cheer to their itinerant ministry. And puppets, too.

Showalter’s film shares its title and its plot with a 2000 documentary by Fenton Bailey and Randy Barbato, and also sympathy for its subject. Tammy Faye (who died in 2007) may have been an over-the-top spendthrift and an exhausting media personality, but she was also, these movies insist, sincere in her faith and generous in her view of humanity. Unlike the Revs. Jerry Falwell (Vincent D’Onofrio) and Pat Robertson (Gabriel Olds), powerful allies of her husband, she resisted mixing religion and politics, and defied their anti-feminist, anti-gay, culture-war ideology.
The documentary version, which includes voice-over narration by RuPaul, understands Tammy Faye as a camp figure, earning both sympathy and ridicule, and emerging with a measure of dignity intact. Showalter and his cast lack the style and the nerve to convey either the wildness of the character and her milieu or the pathos of her story.

The narrative beats — Tammy Faye’s temptation (in the presence of a hunky record producer played by Mark Wystrach), Jim’s betrayal, Falwell’s treachery — seem almost generic. The performances, while hardly subtle, feel smaller than life. Garfield mugs and emotes with sketch-comedy abandon, and while Chastain tries for more depth and nuance, she is trapped by a literal-minded script and overwhelmed by hair, makeup and garish period costumes.
The Bakkers were many things to many people: appalling, inspiring, laughable, sad. This movie succeeds in making them dull.