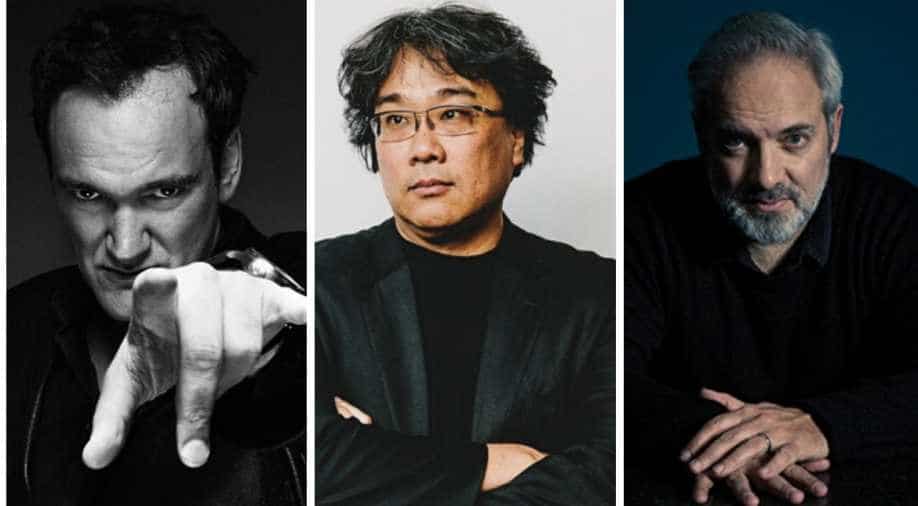 Despite four years of efforts to address the #OscarsSoWhite furor, the winners` podium at Oscars 2020 is expected to be made up entirely of white actors and no female directors.

For some, it`s the "white male rage" Oscars. Others have dubbed it the year of "Big Men, Little Women." Despite four years of efforts to address the #OscarsSoWhite furor, the winners` podium at Sunday`s Academy Awards is expected to be made up entirely of white actors and no female directors.

Of the nine best picture nominees at this year`s Oscars, just one - "Little Women" - is a story about and made by women, while just one of the 20 acting nominees is a person of colour- "Harriet" star Cynthia Erivo. Neither is expected to take home the biggest honors in the movie industry.

It`s been 10 years since Kathryn Bigelow became the first and so far only woman to win the best director Academy Award, for her war film "The Hurt Locker." This year, "Little Women"s Greta Gerwig was the biggest omission in the director race.

Despite a banner 2019 in which women made up 21 percent of all directors, writers, producers and cinematographers on the top 250 grossing films, including "Captain Marvel" and "Frozen II," those gains largely failed to translate into honours at awards season.

"As a culture, we still value stories about men more than we value stories about women, and if there is a healthy dose of violence in those movies, even better," said Martha Lauzen, founder of the Center for the Study of Women in Television and Film at San Diego State University.

Oscars 2020: From Joker to Parasite, here's how you can watch all Best Film nominees in India

"On the one hand, of course, these awards are frivolous and seem silly at times, but the fact is they translate into visibility, and visibility translates into opportunities and higher salaries," she said.

Since 2016, the Academy of Motion Picture Arts and Sciences, whose members choose the Oscar winners, has doubled the number of women and people of colour in its invitation-only ranks. Yet, by 2019 just 32% of its approximately 8,000 members were women, and 16% were people of colour.

Lauzen, who has been chronicling the presence of women on screen and behind the camera for 22 years, has one suggestion that could improve matters more quickly than waiting for the academy to catch up.

"Expanding the best director category to include more spaces strikes me as an elegant, simple and transparent way to make room for others," Lauzen said.Mark Ruffalo, Gal Gadot, Mindy Kaling and others announced as presenters

There are currently just five slots in the best director field but up to 10 movies can be nominated for the top prize of best picture.

"The academy could do a lot to help," said Olivia Wilde, director of high school comedy "Booksmart," which was snubbed.

"When they nominate a movie for best picture but not the director, it begs the question `Are they discounting the amount of effort and dedication and thought that went into that?`" she said.

The academy noted that a record 62 women got Oscar nominations this year, almost one-third of the field, including a screenplay nod for Gerwig, an editing nomination for Thelma Schoonmaker for "The Irishman," and an original score nod for Hildur Guonadottir for "Joker."

Sam Mendes, the Oscar-nominated director of best picture front-runner "1917," said there was "an enormous number of talented female directors coming through."

"I just think it`s a process and it is taking a long time. Some years it is good and some years, like this year, it has been a fallow and frustrating year," Mendes added.

Last year was a different story, at least in terms of ethnic diversity. Spike Lee won in the screenplay field for "BlacKkKlansman," while Rami Malek, Regina King and Mahershala Ali took acting Oscars, and Mexican director Alfonso Cuaron won three for "Roma." In 2017, "Moonlight," about a gay black youth growing up in an impoverished Miami neighbourhood, was named best picture.

This year, Erivo, a London-born actress with Nigerian parents, has not picked up enough support at other award shows to make her a likely winner at the Oscars, awards pundits say.

Eddie Murphy failed to make the cut for his well-reviewed comeback comedy "Dolemite Is My Name," along with Jennifer Lopez for "Hustlers" and social justice drama "Just Mercy," starring Oscar winner Jamie Foxx and Michael B. Jordan. Also see: Oscars 2020: Find out what's inside $215,000 gift bag of nominees this year

Foxx and Jordan both removed themselves from the diversity debate, at least publicly, saying they wanted to respect those who were nominated.

"We don`t want to cloud their moment," Foxx said on the red carpet, two days after Oscar nominations were announced in January.
"However anybody feels about anything, let`s let them enjoy their time," he said.