'Game of Thrones' will not have sequel series or spinoff, confirms HBO president 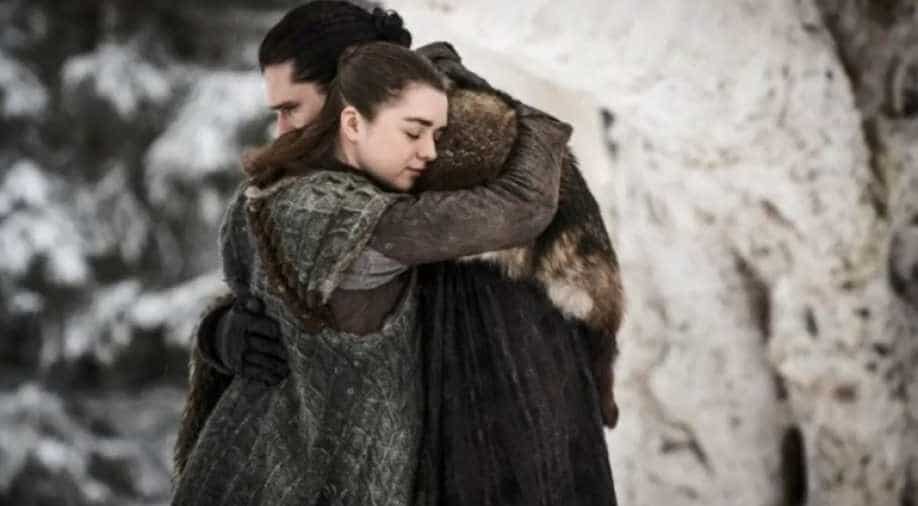 The insanely popular TV series, based on the books of George RR Martin, which were adapted by David Benioff and DB Weiss, ended two days back with a shortened season, leaving fans wanting for more and somewhat disapoointed.

For those who were hoping that HBO would redeem itself by making a sequel to the 'Game Of Thrones' series, there is bad news. If the series finale, which aired on Monday, left you unsatisfied or you are still in denial that the show has finally ended, don`t wait for a sequel or spinoff, because it is not on the cards. Read the review of the final episode here.

HBO programming president Casey Bloys in an interview with The Hollywood Reporter ruled out any possibility of a sequel.

The insanely popular TV series, based on the books of George RR Martin, which were adapted by David Benioff and DB Weiss, ended two days back with a shortened season, leaving fans wanting for more and somewhat disapoointed.  From Little Bird to Queen: This is what Sansa Stark's finale dress means

On being asked if there could be a sequel featuring Arya Stark (played by Maisie Williams) as she ventures west of Westeros, Bloys said "Nope, nope, nope. No.I do want this show, this Game of Thrones, Dan and David`s show, to be its own thing. I don`t want to take characters from this world that they did beautifully and put them off into another world with someone else creating it. I want to let it be the artistic piece they`ve got," he added.

Ruling out the possibility completely, he said, "That`s one of the reasons why I`m not trying to do the same show over."Bloys said that the world that Martin has created is "massive," so HBO wants to keep trying out new things instead of bringing back familiar characters and settings."George has a massive, massive world; there are so many ways in. That`s why we`re trying to do things that feel distinct -- and to not try and redo the same show. That`s probably one of the reasons why, right now, a sequel or picking up any of the other characters doesn`t make sense for us," he said.

However, just because a sequel isn`t going to happen, doesn`t mean there won`t be more of `Game of Thrones` content. Bloys stated that there are three prequel projects in the works currently. Two are in development and the pilot for the third will be shot in June."I am not clarifying anything other than yes, we shoot the first pilot in June. There are two more in development and beyond that, there`s nothing else to report," he said.

On being asked if both of those scripts work well and the pilot does, too, will the fans get three more `GoT` shows, Bloys remained tight-lipped about the upcoming projects.Teasing the idea, Bloys said, "All theoretical and all high-class problems! Who knows?! I`m not ruling it in, and I`m not ruling it out! I`m trying my best not to give you definitive answers to fuel speculation."

The show came to an end on Monday. The climax of the show was dramatic enough with Bran Stark (played by Isaac Hempstead Wright) being crowned the king of the six kingdoms (excluding Winterfell).After a remarkable 8-year-long journey, the makers of `GoT` failed to impress the fans with the finale season.

A couple of days back, disappointed `GoT` fans started a petition on change.org, asking the makers to remake the eight season of the series "with competent writers".