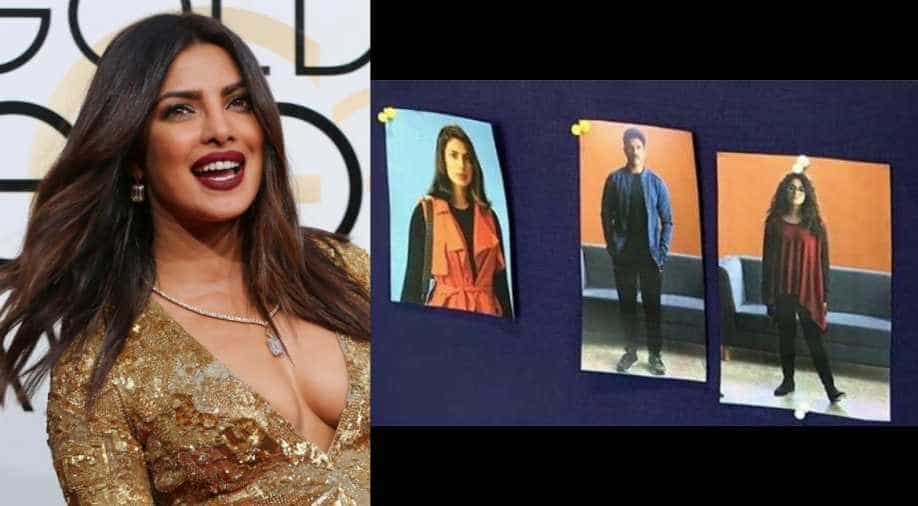 First look of 'The Sky is Pink' Photograph:( Twitter )

Priyanka Chopra will soon be making her Bollywood comeback with Shonali Bose’s film ‘The Sky is Pink’ with Farhan Akhtar and Zaira Wasim in a real-life story setup.

The star started to shoot for the film after she backed out of Salman Khan’s ‘Bharat’ owing to personal reasons.

The team is currently in Delhi shooting for some scenes after wrapping up one schedule in London. Zaira plays Aisha and Farhan and Priyanka are her on-screen parents.

As they shoot for the film in Delhi, their first look in the film has been revealed and interestingly, the trio don a different look that previously seen. While Zaira has curly and wavy hair, Farhan and Priyanka can be seen dressed down. Farhan sports a moustache as part of his character.

Directed by Shonali Bose, ‘The Sky is Pink’ is based on the real-life story of Aisha Chaudhary (author of ‘My Little Epiphanies’).

Meanwhile, Priyanka has been painting the town red as she was out of India, on a bachelorette trip with friends. Priyanka was spotted in Amsterdam with close friends including cousin sister Parineeti Chopra, Isha Ambani, future sister-in-law Sophie Turner and more.

Now, groom-to-be Nick Jonas is out on his bachelor trip with friends. The couple is said to get married in a royal style in India on December 2.