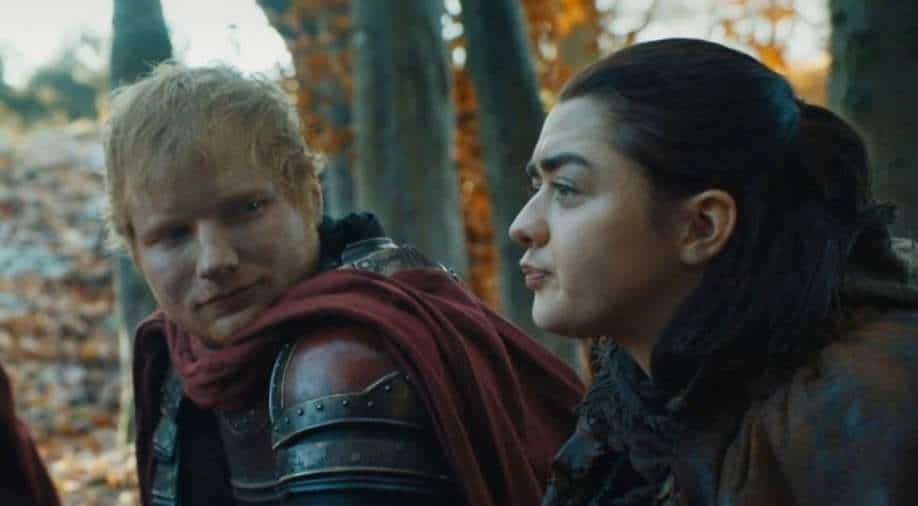 Ed Sheeran had cameoed as a Lannister soldier in the first episode of the seventh season, titled 'Dragonstone'. He and Maisie Williams shared a short scene around a campfire.

Ed Sheeran has opened up about his widely discussed cameo in 'Game Of Thrones'. Sheeran recently appeared on 'Armchair Expert' podcast where he spoke about the fun he had while filming for the HBO series and mentioned the trolling he faced afterwards.

"It was great," he said of the day's shoot. Not so great, the reaction to his cameo. "I feel like people`s reaction to it sort of muddied my joy to it," Sheeran admitted.

He explained to hosts Dax Shepard and Monica Padman that he was a massive fan of the series and wanted a cameo if possible, but he was actually asked to be on it as a surprise to Maisie Williams.

At the time, Arya Stark was apparently going to be killed off that season. The surprise was accidentally ruined by Sophie Turner who mentioned Sheeran's involvement at a convention to Williams' shock.

"She's always been awesome," Sheeran said of his friend, Williams, adding, "I don`t think they had written the ending yet. It was meant to be her last season but it wasn't. And as a surprise for her, (they got)] me on. So, she was meant to turn up on set and I was by the fire," said the singer.

Sheeran had cameoed as a Lannister soldier in the first episode of the seventh season, titled 'Dragonstone'. He and Williams shared a short scene around a campfire.