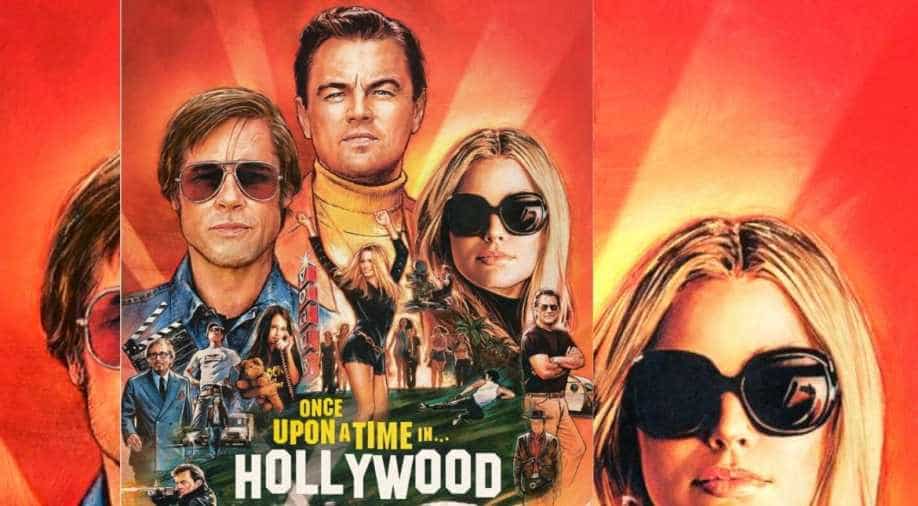 Quentin Tarantino's 'Once Upon A Time In Hollywood' took home three awards on Sunday at the Critics' Choice Awards.

Quentin Tarantino's love letter to 1960s Hollywood, 'Once Upon A Time In Hollywood', won the best picture award on Sunday at the Critics' Choice Awards. The awards ceremony, which took place in Santa Monica are seen as a barometer for the Oscars, for which nominations are due out Monday.

"I agree with the critics for the very first time," joked Tarantino as he collected Brad Pitt's best-supporting actor prize, before returning to the stage for the evening's top award. See the complete list of winners here

The film also picked up Golden Globe best comedy prize last week and it appears that the movie will be one of the front runners at the Oscars next month.

"Today I was just enjoying the vegan burger and trying to enjoy the ceremony," joked Bong as he collected his prize. The awards had emulated last week's Globes by serving a plant-based menu, to boost environmental awareness.

Laura Dern and Pitt also continued their supporting actor sweeps, earning further honours for their turns in 'Marriage Story' and 'Once Upon a Time...'

The award ceremony honoured Eddie Murphy with the lifetime achievement award and the comedian received a massive standing ovation as he up the stage to collect his award., His film 'Dolemite Is My Name' won the best comedy later in the night.

Robert De Niro expressed surprise as he and Al Pacino collected the best acting ensemble prize for 'The Irishman'.

"I wasn't expecting it, frankly, at this point," he said, after the crime epic -- an early Oscars frontrunner -- was shut out at the Globes and missed out on several anticipated acting nominations elsewhere.

Ava DuVernay thanked Netflix for "letting a black woman do her thing" as "When They See Us", the true story of five ethnic minority teenagers wrongly accused of raping a New York jogger, won best-limited series.

"Thank you to the critics for finally letting us take the stage," she added after the acclaimed show fared poorly at the Emmys and Globes. Jharrel Jherome dedicated his acting win to "the 'Exonerated Five'."

The annual event was held at an airplane hangar near Los Angeles and was hosted by actor Taye Diggs.

The Crtics'Choice Awards almost mirrored Golden Globes in most categories in both TV and films. Now, all eyes are set on Oscars that is scheduled to take place in Hollywood on February 9. The nominations will be announced on Monday morning.