Oscars 2020: NBA legend Kobe Bryant to be honoured on the awards night 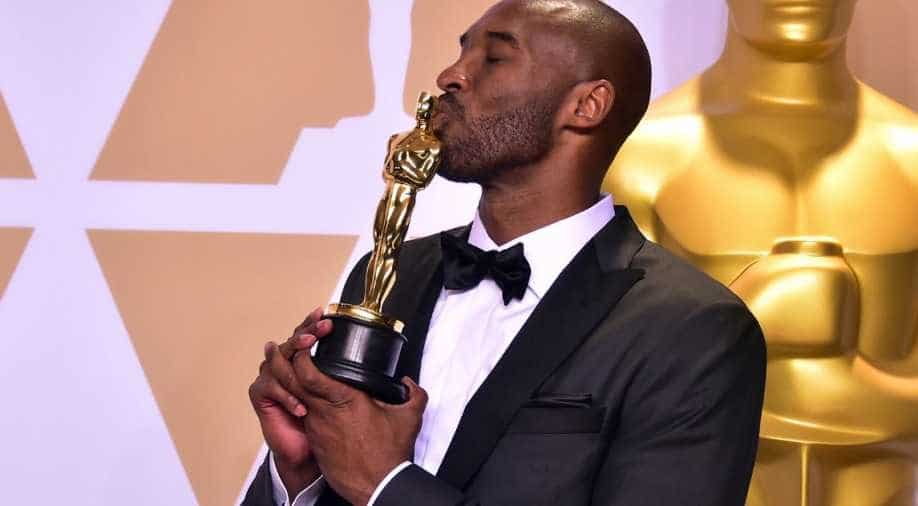 Kobe Bryant will be honoured at the 92nd Academy Awards function to be held on February 9.

After Grammys, the Academy Awards is going to pay a tribute to NBA legend Kobe Bryant. The sports star lost his life in a helicopter crash on Sunday.

Bryant will be honoured at the 92nd Academy Awards function to be held on February 9.

Bryant had in fact won the Oscar for his animated film `Dear Basketball` in 2018. The film was based on an essay that he wrote while approaching his retirement from the NBA in 2016."This is beyond the realm of imagination. Thanks to the genius of @GlenKeanePrd & John Williams for taking my poem to this level. It`s an honour to be on this team," read one of his previous tweets following his nomination for the award.

Deadline obtained a statement from the Academy which confirmed that Bryant will be "acknowledged in the telecast."

Hours after the crash, the basketball player was honoured at the Grammy Awards held at the Staples Center in Los Angeles on Sunday night.

Kobe Bryant's death: What do we know till now

"Here we are together on music`s biggest night celebrating the artists that do it best, but to be honest with you, we are all feeling crazy sadness right now. Los Angeles, America and the [world] lost a hero," said the host of the event Alicia Keys.

The NBA legend and his daughter Gianna were among the nine people who lost their lives on Sunday in a helicopter crash.

Also read: After Golden Globes, Oscars to have an almost plant-based menu