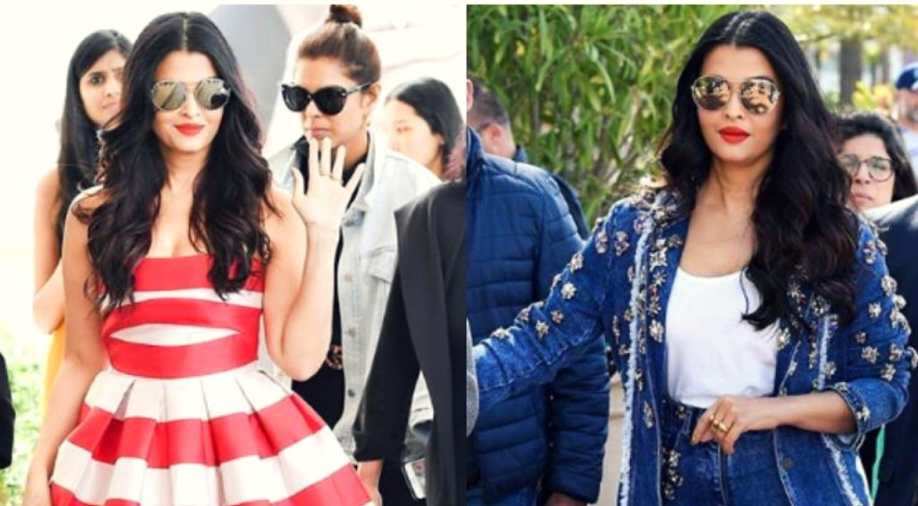 Aishwarya Rai has been a regular at the international film festival for more than a decade now. Most fashion critics would agree that her style has only improved after all these years.

Aishwarya Rai Bachchan kept it fashionable on her second day at Cannes Film Festival as she debuted two new looks for press and promotions.

After stunning in a metallic mermaid-cut gown for her red carpet debut this year, she opted for two ensemble changes before she slipped into another gorgeous outfit for the red carpet. See the second-day red carpet look here.

For the off-duty looks, she first opted for a floor-length tube gown in red and white stripes Leal Daccarett that she accessorised with black sunnies and wavy hair that she left open. She wore the dress while shooting for brand L'Oréal Paris.

A post shared by AishwaryaRaiBachchan (@aishwaryaraibachchan_arb) on May 20, 2019 at 7:22pm PDT

Aishwarya then brought the retro back as she was next seen in a denim-on-denim attire as she rocked red lips and wavy hair on blue denim, white top and a studded denim jacket.

Day 2 At Cannes | she looks so fucking perfect love that outfit and that hair tho👸🏻💙!!

A post shared by AishwaryaRaiBachchan (@aishwaryaraibachchan_arb) on May 20, 2019 at 6:55pm PDT