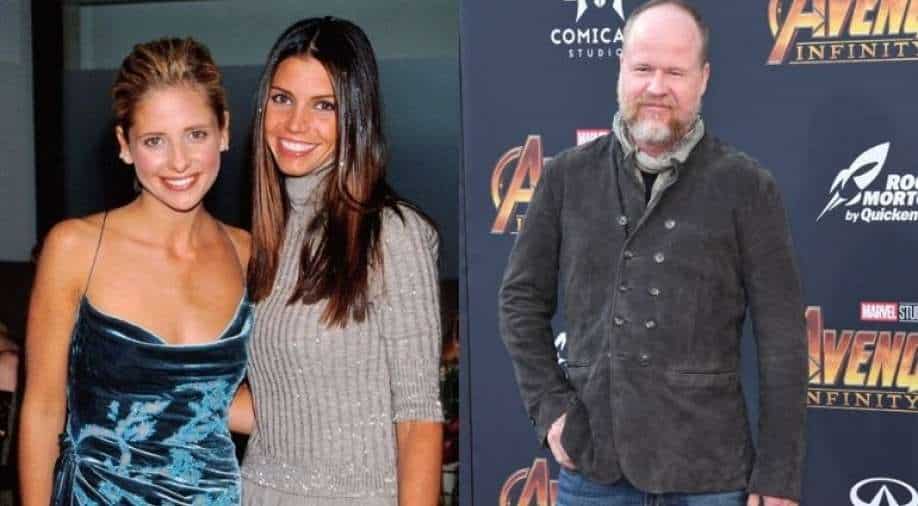 Charisma Carpenter revealed that she decided to speak up against Whedon after 'Justice League'actor Ray Fisher accused the maker of "gross, abusive, unprofessional and completely unacceptable" behaviour" on the film's set.

Carpenter, appeared in the hit series and its spinoff 'Angel', made the allegations in a two-part statement on Twitter.

"Joss Whedon abused his power on numerous occasions while working on the sets of 'Buffy the Vampire Slayer' and 'Angel'. While he found his misconduct amusing, it only served to intensify my performance anxiety, disempower me, and alienate me from my peers.

"The disturbing incidents triggered a chronic physical condition from which I still suffer. It is with a beating, heavy heart that I say I coped in isolation and, at times, destructively," she said in the statement.

The actress revealed that she decided to speak up against Whedon after 'Justice League'actor Ray Fisher accused the maker of "gross, abusive, unprofessional and completely unacceptable" behaviour" on the film's set.

Her statement on Twitter was accompanied by the hashtag #IStandWithRayFisher.

Carpenter claimed that Whedon has a history of "being casually cruel" as he once threatened to fire her and also called her "fat" when she was four months pregnant. "He was mean and biting, disparaging about others openly, and often played favourites, putting people against one another to compete and vie for his attention and approval. He called me in for a sit-down meeting to interrogate and berate me regarding a rosary tattoo I got to help me feel more spiritually grounded in an increasingly volatile work climate that affected me physically," she added.

The actor alleged that after "refusing" calls from her agents to communicate that she was pregnant when Whedon did learn of her status, he took a "closed-door meeting" with her.

"In that closed-door meeting, he asked me if I was 'going to keep it' and manipulatively weaponised my womanhood and faith against me.
"He proceeded to attack my character, mock my religious beliefs, accuse me of sabotaging the show, and then unceremoniously fired me the following season once I gave birth," Carpenter said.

In the wake of her experience of leaving 'Angel', the actor said that she felt "powerless and alone", especially as the "primary breadwinner" for her family.
"Unfortunately, all this was happening during one of the most wonderful time(s) in new motherhood. All that promise and joy sucked right out. And Joss was the vampire," she added.

Carpenter revealed that she also participated in the WarnerMedia's investigation against Whedon in light of Fisher's allegation.

She said she decided to come forward after Fisher went public that he was no longer going to appear as his 'Justice League' character of Cyborg in the upcoming movie 'The Flash'.

"Although I am not shocked, I am deeply pained by it. It troubles and saddens me that in 2021 professionals STILL have to choose between whistleblowing in the workplace and job security," the actor.

Whedon has not yet responded to Carpenter's allegations.

In a statement on Instagram, Gellar wrote, "While I am proud to have my name associated with Buffy Summers, I don't want to be forever associated with the name Joss Whedon."

The actor said she will not be making any further statements on the matter as she is "more focused on raising my family and surviving a pandemic".
"But I stand with all survivors of abuse and am proud of them for speaking out," she added.

"Thank you @sarahmgellar for saying this. I am brave enough now as a 35 year old woman... To repost this. Because. This must. Be known. As a teenager. With his not appropriate behavior... Very. Not. Appropriate. So now. People know. What Joss. Did," she wrote.

Benson, who played Tara in the series, said the show was a "toxic environment and it starts from the top".

Buffy was a toxic environment and it starts at the top. @AllCharisma is speaking truth and I support her 100%. There was a lot of damage done during that time and many of us are still processing it twenty plus years later. #IStandWithRayFisher #IStandWithCharismaCarpenter https://t.co/WJAmDGm76C

"Buffy was a toxic environment and it starts at the top. @AllCharisma Is speaking truth and I support her 100 per cent. There was a lot of damage done during that time and many of us are still processing it twenty plus years later. #IStandWithRayFisher #IStandWithCharismaCarpenter" she posted.  RB