Phillip Hughes death: No one can be blamed for tragedy, says coroner 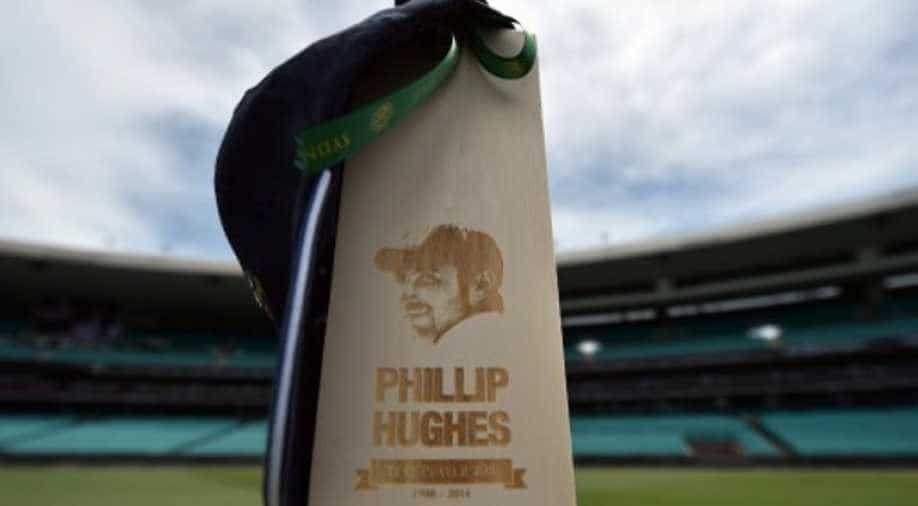 File Photo: Phillip Hughes, who played 26 Tests, died from bleeding on the brain in 2014 after being hit on the neck by a bouncer from Sean Abbott while batting in a domestic match at the Sydney Cricket Ground. Photograph:( AFP )

A "minuscule misjudgement" by Australian batsman Phillip Hughes when facing a bouncer led to his death, a coroner ruled Friday, saying neither the bowler nor anyone else was to blame for the tragedy.

Hughes, who played 26 Tests, died from bleeding on the brain in November 2014 after being hit on the neck by a rising ball from Sean Abbott while batting in a domestic match at the Sydney Cricket Ground.

The death of the popular 25-year-old, who had risen through the ranks to play for his country, stunned Australia and the world cricket community, sparking an outpouring of grief.

"A minuscule misjudgement or a slight error of execution caused him to miss the ball which crashed into his neck with fatal consequences," said New South Wales coroner Michael Barnes in long-awaited findings.

"There was no suggestion the ball was bowled with malicious intent. Neither the bowler nor anyone else was to blame for the tragic outcome."

Barnes added that his death would not have been prevented even if he was wearing more modern head protection, and that a quicker medical response would also have made no difference to the "unsurvivable" injuries.

"Phillip wasn't wearing the most up-to-date safety helmet when he was struck and the rules that then applied didn't require him to do so," he said.

"However, had he even been wearing that most modern equipment then available, it would not have protected the area of his body where the fatal blow landed."

At the time, Hughes was wearing a helmet which was not compliant with the more recent, and stringent, British Standard, which extends the grille protecting the face further to the rear of the helmet.

Since the incident, Cricket Australia has recommended all first-class cricketers in Australia wear helmets made to British safety standards while batting against medium or fast bowling, in nets and games.

During the inquest concerns had been raised by Hughes' family about on-field sledging, or verbal abuse, including threats against him, and the amount of short, fast deliveries he faced which they felt the umpires could have stopped.

But Barnes said neither affected Hughes' composure, and he was comfortably dealing with the short-pitched balls "because of his very high level of skill and competence".

"I conclude no failure to enforce the laws of the game contributed to his death," he said, but recommended the laws around dangerous and unfair bowling be reviewed by Cricket Australia to clear up any ambiguity in their wording.

He also recommended authorities continue working with sports equipment manufacturers to develop a neck guard that is comfortable and provides better protection with the view to it becoming mandatory.

He made no finding on whether sledging occurred, but expressed hope that the focus on this "unsavoury aspect" of the game might cause players to think again before abusing opponents.

After Hughes was hit, fellow cricketers and medical staff raced to help him but the first person to call for an ambulance was unaware of the severity of the injury and it took about an hour to get him to hospital.

Barnes commended the response as "to the best of their abilities" but said emergency procedures at grounds at the time of his death were concerning.

He said umpires should be better trained to deal with such situations and that Cricket NSW should implement a daily medical briefing to ensure everyone was aware of what to do in an emergency.