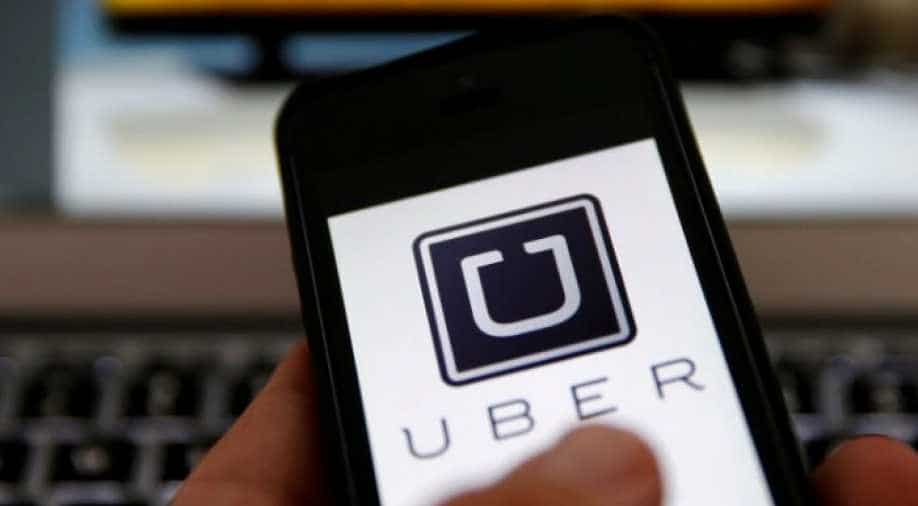 Uber allows passengers to summon a ride through an app on their smartphones Photograph:( AFP )

Uber can be required to obtain the necessary licences and authorisations under national transport law. ||The case was brought by an association of Barcelona taxi drivers which?argued that Uber engaged in unfair competition

Uber provides a transport service and must be licensed, the European Union's top court said on Thursday, in a potential blow to the US firm which says it is merely a digital enabler.

"The Uber electronic platform, whilst innovative, falls within the field of transport: Uber can thus be required to obtain the necessary licences and authorisations under national law," the Court of Justice of the European Union (ECJ) said.

While the opinion of the Advocate General is non-binding, the court's judges follow it in most cases and a ruling would mean EU member states can regulate Uber and other such companies as a transport rather than "information society" service.

The case was brought by an association of Barcelona taxi drivers which argued that Uber engaged in unfair competition with its UberPOP service - which used unlicensed drivers.

Uber, which no longer operates UberPOP in Spain, said it would await a final ruling later this year, but added that even if it is considered a transportation company, this "would not change the way we are regulated in most EU countries as that is already the situation today".

However, such a ruling would "undermine the much-needed reform of outdated laws which prevent millions of Europeans from accessing a reliable ride at the tap of a button," an Uber spokeswoman said in a statement.

Uber, which allows passengers to summon a ride through an app on their smartphones, expanded into Europe five years ago. But it has been challenged in the courts by established taxi companies and some EU countries because it is not bound by strict local licensing and safety rules which apply to some of its competitors.

The Advocate General said Uber drivers "do not pursue an autonomous activity that is independent of the platform. On the contrary, that activity exists solely because of the platform, without which it would have no sense."

Uber could not be regarded as a mere intermediary between drivers and passengers because it controlled economically important aspects of the urban transport service, Maciej Szpunar said in the opinion.

"The service amounts to the organisation and management of a comprehensive system for on-demand urban transport," the ECJ statement said.