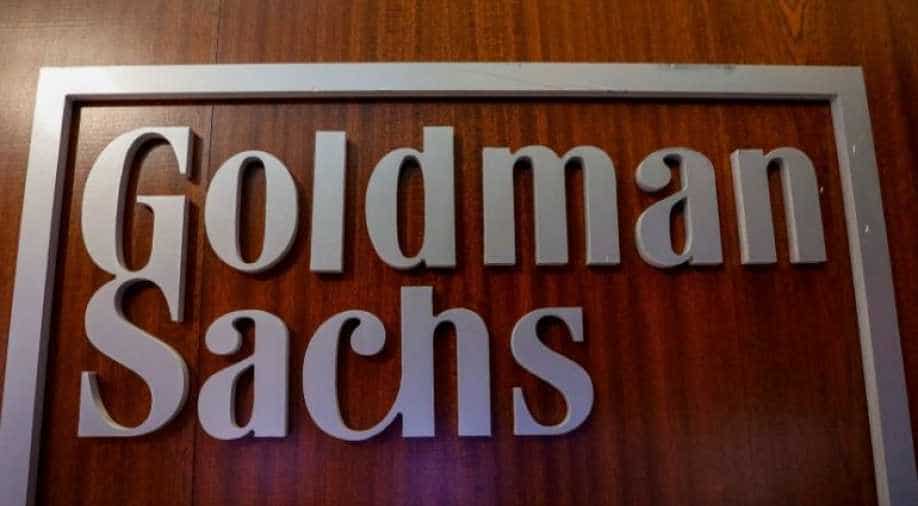 The Goldman Sachs company logo is seen in the company's space on the floor of the New York Stock Exchange, (NYSE) in New York, US. Photograph:( Reuters )

The bank, like its rivals, is facing several challenges in growing its revenue in the face of rising geopolitical uncertainties and concerns about the impact of future interest rate cuts by the US Federal Reserve.

Goldman Sachs Group Inc reported a better-than-expected quarterly profit on Tuesday as the Wall Street investment bank benefited from higher equity trading and an increase in lending to its wealthy clients and companies.

The bank, like its rivals, is facing several challenges in growing its revenue in the face of rising geopolitical uncertainties and concerns about the impact of future interest rate cuts by the US Federal Reserve.

Goldman is also shifting its business model away from a focus on trading to a more stable, consumer-focused revenue stream.

Revenue fell at three of its four major businesses, with the biggest declines in trading and investment management.

Institutional client revenue, which includes trading, slipped 3 per cent, while investment banking revenue was down 9 per cent. However, revenue from the bank's investing and lending business rose 16 per cent.

"Given the strength of our client franchise, we are well-positioned to benefit from a growing global economy," Chief Executive Officer David Solomon said in a statement.

While revenue slipped in the quarter, lower compensation expenses provided some relief. Total operating expenses were nearly flat at $6.12 billion.

The bank is aiming to generate $5 billion in new revenue by 2020, and is currently undergoing a front-to-back review of all its businesses started last October when Solomon took control as CEO.

While the final strategy is not expected until early next year, the bank has already made moves to expand its consumer division, by growing online bank Marcus and launching a credit card with Apple Inc. It also announced plans in May to acquire United Capital, a boutique wealth management firm.

The bank's net earnings applicable to common shareholders fell 6 per cent to $2.20 billion in the quarter ended June 30. Earnings per share fell to $5.81 from $5.98 a year earlier.

Total net revenue fell 2 per cent to $9.46 billion. Analysts had expected earnings of $4.89 per share and revenue of $8.83 billion, according to IBES estimate from Refinitiv.