US father and son handed to Japan over Ghosn's escape 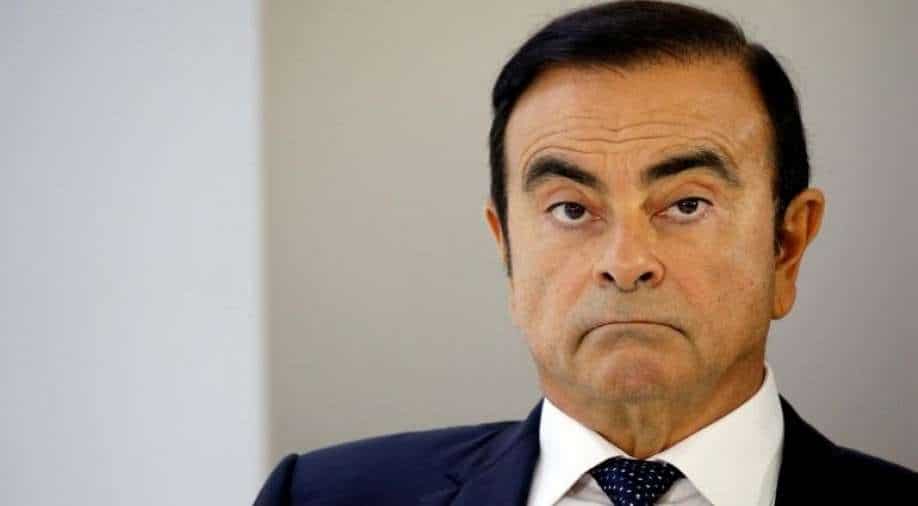 An American father and son were handed to Japanese officials on Monday, their lawyer said, after losing an extradition battle over accusations they helped former Renault-Nissan boss Carlos Ghosn to flee Japan.

Michael Taylor and his son Peter Taylor were arrested in May after Japan issued a warrant accusing them of helping Ghosn flee Tokyo for Lebanon in December 2019 -- reportedly hidden in a large box in a private jet -- as he faced financial misconduct charges.

Two weeks ago, the US Supreme Court rejected the Taylors' emergency appeal and cleared the way for their extradition following similar rulings by lower courts.

"This is a sad day for the family, and for all who believe that veterans deserve better treatment from their own country," Paul Kelly, their lawyer, said in a statement confirming they had been handed over to Japanese custody.

The US courts rejected the contention by the Taylors' lawyers that the two men would face torture-like conditions in Japanese prison sufficient to merit breaching the extradition treaty between Tokyo and Washington.

Peter Taylor and his father, a former US Special Forces member turned private security contractor, had been imprisoned pending the outcome of the extradition fight.

US court documents show the two, and a Lebanese national allegedly helped smuggle Ghosn out of Japan inside a large musical equipment case.

Prosecutors in one court filing called it "one of the most brazen and well-orchestrated escape acts in recent history."

Ghosn, who was a global business superstar when his career came crashing to an end, fled Japan while out on bail facing financial misconduct charges.

He was arrested in November 2018 and had been expected to face trial on charges including understating his pay and misusing company assets.

He spent 130 days in prison before being released on bail and completing his audacious escape act.

Ghosn, who has denied any wrongdoing, has said he fled because he could not get a fair trial in Japan.

Last week, a Turkish court sentenced three men to four years and two months in prison over the case.

The court convicted two pilots and an employee of a small private airline who flew the tycoon during his escape.

The judge convicted them of illegally smuggling a foreign national.

The pilots told the court that they were innocent because they never suspected who was on board their plane.

Interpol issued a notice last year seeking Ghosn's extradition from Lebanon to Japan. The two countries have no extradition agreement and Lebanon has failed to comply.

The Turkish indictment said the escape plot involved a stopover in Istanbul instead of a direct flight "so as not to arouse suspicions."