US creates force to protect monuments amid anti-racism protests 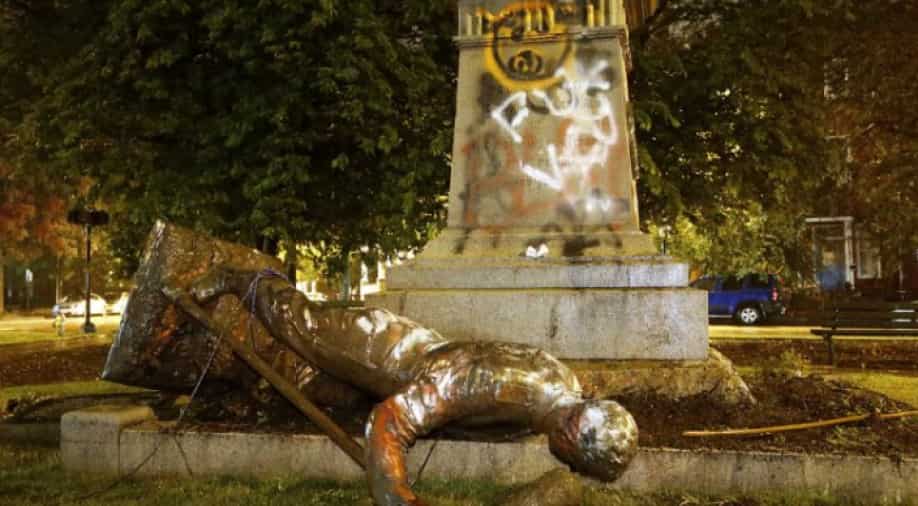 Many monuments have come under attack, and some pulled down, in the past month

The US Department of Homeland Security announce a special new task force Wednesday to protect historic monuments across the country, some of which have come under attack for glorifying the country's racist past.

Acting Homeland Security Secretary Chad Wolf said in a statement that he was positioning "rapid deployment teams" around the country to protect monuments and statues during the July 4th Independence Day holiday.

Many monuments have come under attack, and some pulled down, in the past month as protestors against police abuse of African Americans target figures of the pro-slavery south in the 1860s Civil War and other symbols of the country's legacy of slavery.

But the monument protests have extended to revered early presidents George Washington and Thomas Jefferson, both slave owners.

In some cases, local governments under popular pressure have decided to remove the monuments themselves.

President Donald Trump expressed outrage when on June 22 demonstrators attempted to pull down a statue directly in front of the White House of president Andrew Jackson, another slave owner who presided over the mass expulsion of Native Americans from their homelands in the 1830s.

Trump demanded US law enforcement arrest and prosecute anyone who damages a monument and imprison them for the maximum 10 years.

"DHS is answering the president's call to use our law enforcement personnel across the country to protect our historic landmarks," Wolf said in the statement.

"We won't stand idly by while violent anarchists and rioters seek not only to vandalize and destroy the symbols of our nation, but to disrupt law and order and sow chaos in our communities."

Trump tweeted early Wednesday that his recent executive order to protect monuments and statues is now in effect, reminding that damaging federal property could bring more than 10 years in prison.

"Please do not put yourself in jeopardy. Many people now under arrest!" he wrote.