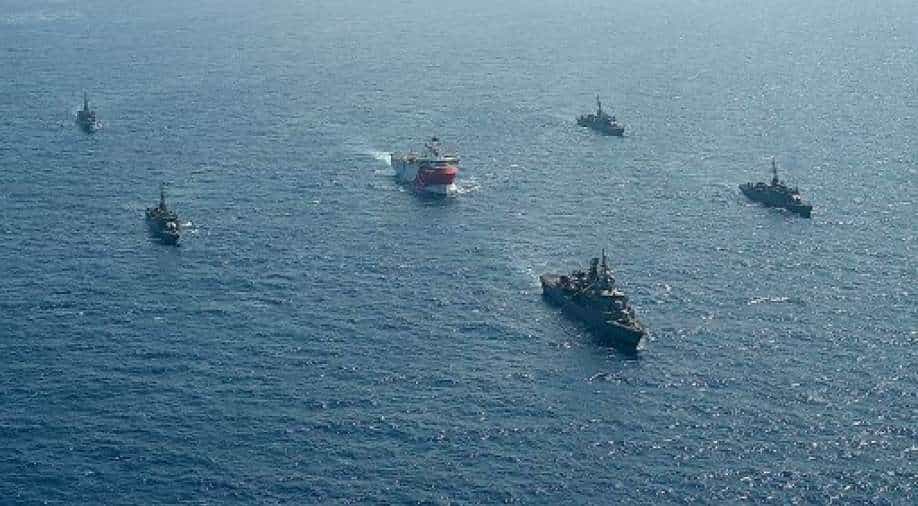 France and Greece have forged closer ties in recent years, while each country's relationship with Turkey has been strained

Turkey on Friday lashed out at a multibillion-euro warship deal between France and regional foe Greece, warning the agreement would threaten regional stability by isolating Ankara.

France and Greece on Tuesday signed a memorandum of understanding that will see Athens buy three French warships, an accord hailed by French President Emmanuel Macron as a major boost to the EU's defence ambitions.

But Turkey, which has an uneasy history and relationship with its NATO neighbour Greece, criticised the agreement as being aimed against Ankara.

"Greece's armament and the isolating and alienating of Turkey, instead of cooperation, is a problematic policy that will harm Greece and the EU, and that threatens regional peace and stability," Turkey's foreign ministry spokesman said.

On Tuesday, Macron said the frigate sale was not meant to be seen as a threat against Ankara, calling it a means to jointly ensure security in the Mediterranean as well as in North Africa, the Middle East and the Balkans.

France and Greece have forged closer ties in recent years, while each country's relationship with Turkey has been strained.

Greek-Turkish relations have a history of war and conflict.

Last year, the two countries were involved in a standoff when their gunboats collided while shadowing each other during a Turkish push into disputed eastern Mediterranean waters.

Turkish foreign ministry spokesman Tanju Bilgic on Friday suggested that the warship deal with France was part of Greece's effort to bolster what he called "maximalist maritime zone and air space claims" that were "contrary to international law".