They had the vaccines and a plan to reopen. Instead they got cold feet. 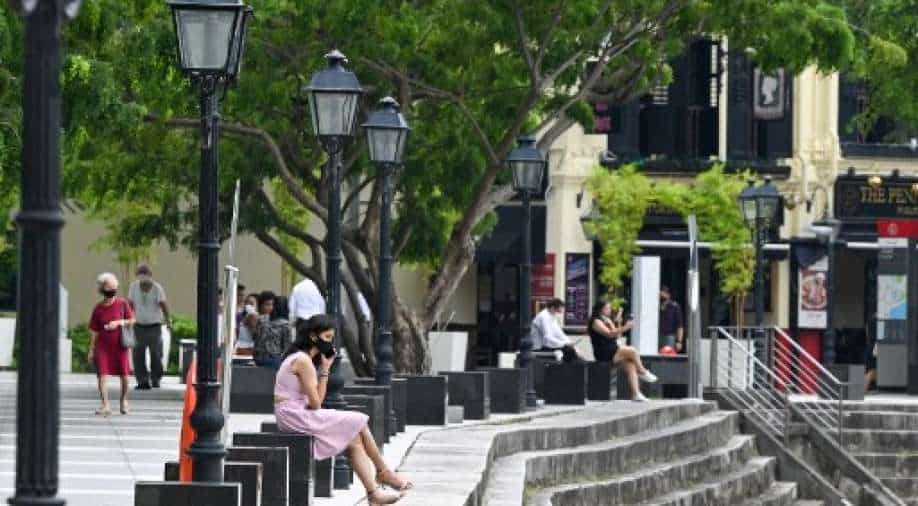 Singapore has now fully inoculated 83 per cent of its population, but instead of opening up, it is doing quite the opposite

The vaccines were supposed to be the ticket out of the pandemic. But in Singapore, things did not go according to plan.

The Southeast Asian city-state was widely considered a success story in its initial handling of the coronavirus. It closed its borders, tested and traced aggressively and was one of the first countries in Asia to order vaccines.

A top politician told the public that an 80 per cent vaccination rate was the criterion for a phased reopening. Singapore has now fully inoculated 83 per cent of its population, but instead of opening up, it is doing quite the opposite.

In September, with cases doubling every eight to 10 days, the government reinstated restrictions on gatherings. The United States said its citizens should reconsider travel to the country. Long lines started forming at the emergency departments in several hospitals. People were told once again, they should work from home.

The country’s experience has become a sobering case study for other nations pursuing reopening strategies without having had to deal with large outbreaks in the pandemic. For the Singapore residents who believed the city-state would reopen once the vaccination rate reached a certain level, there was a feeling of whiplash and nagging questions about what it would take to reopen if vaccines were not enough.

“In a way, we are a victim of our own success, because we’ve achieved as close to zero COVID as we can get and a very, very low death rate,” said Dr. Paul Tambyah, an infectious diseases specialist at National University Hospital. “So we want to keep the position at the top of the class, and it’s very hard to do.”

Singapore’s careful, some say overly cautious, approach to reopening contrasts with that of the United States and Europe, where vaccinated people are already gathering at concerts, festivals and other large events. But unlike Singapore, both of those places had to manage substantial outbreaks early in the pandemic.

Lawrence Wong, Singapore’s finance minister and a chair of the country’s COVID-19 task force, said the lesson for “COVID-naive societies” like Singapore, New Zealand and Australia is to be ready for large waves of infections, “regardless of the vaccine coverage.”

“Once you open up, more social interactions will happen,” he said. “And given the inherently highly transmissible nature of the delta variant, you will get big clusters emerging.”

The vaccines have worked to keep most of the population out of the hospital, with 98.3 per cent of cases presenting mild or no symptoms. The deaths have occurred mostly in seniors, usually with comorbidities, and account for 0.2 per cent of the cases over the past 28 days. But the shots cannot protect against infection, especially when up against the delta variant, Wong said.

“In Singapore, we think that you cannot just rely on vaccines alone during this intermediate phase,” he said. “And that’s why we do not plan an approach where we reopen in a big bang manner, and just declare freedom.”

In Wong’s vision of how the pandemic will play out in Singapore, people will continue to wear face masks. Travel is unlikely to be entirely free. Social distancing will remain, perhaps until 2024.

He stressed that Singapore was still on a path toward living with COVID and said he recognized that any form of tightening, no matter how small, would be met with anger and frustration because people are anxious to move on. “But we have to adjust based on the realities, based on the situation we are facing,” he said.

Last month, officials scrambled to set up community treatment facilities equipped with oxygen tanks and asked those with mild or no symptoms to recover at home. Many Singaporeans said there was confusion about what to do and that the government appeared ill-prepared.

“If the health care system gets overwhelmed, that’s when we know from experience everywhere that doctors are unable to cope and you have death rates start to go up,” Wong said. “So we are trying very hard to avoid that.”

Several doctors have disputed the government’s claim that the health care system is under immense strain. Tambyah, who is also chair of an opposition party that recently drew up an alternative strategy for dealing with the pandemic, said there was enough of a buffer in hospitals because Singapore had canceled all elective surgeries.

The problem for Singapore’s leaders, he said, is that they are “essentially doing a transition from zero COVID toward living with the virus.”

“It’s just economically, sociologically, emotionally and mentally unsustainable,” said Devadas Krishnadas, CEO at Future-Moves Group, a consultancy in Singapore. Krishnadas said the decision to reintroduce restrictions after reaching such a high vaccination rate made the country a global outlier.

“And, importantly, it moves Singapore in a complete 180 degrees, opposite direction from where the rest of the world is headed,” he said. “That brings us to the strategic question of where will this leave Singapore — if we don’t get off what I call the hamster wheel of opening and closing.”

Sarah Chan, a deputy director at Singapore’s Agency for Science, Technology and Research, said she had a fleeting taste of what normal life was like when she arrived in Italy last month to visit her husband’s family.

No masks were required outdoors, vaccinated people could gather in groups without any restrictions, and Chan and her son could bop their heads to music in restaurants. In Singapore, music inside restaurants has been banned based on the notion that it could encourage the spread of the virus.

Chan said she was so moved by her time in Italy that she cried.

“It’s almost normal. You forget what that’s like,” she said. “I really miss that.”