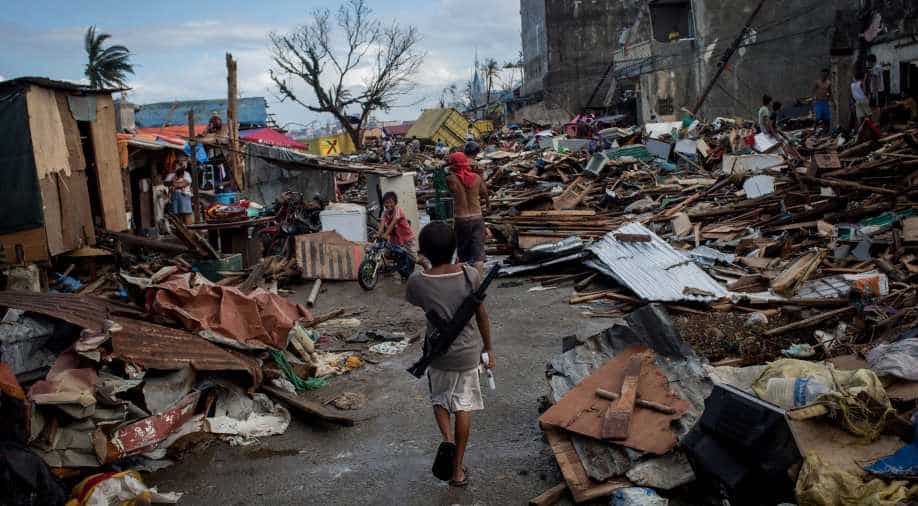 The tropical storm had a radius of 200 kilometres and was moving west-northwest at a speed of 22 kmph. (Representative image) Photograph:( Getty )

Follow Us
Taiwanese were told today to brace for extreme winds and lashing rains as the first typhoon of the season bore down on the island.

Typhoon Nepartak was blowing gusts of up to 245 kilometres (152 miles) an hour, some 870 kilometres southeast of Taiwan's Hualien city at 0600 GMT, the island's Central Weather Bureau said.

"As the typhoon kept gaining strength and approaching Taiwan over the past three hours, the Central Weather Bureau decided to issue a sea warning at 2:30 pm (0630 GMT)," senior forecaster Chen Yi-liang told reporters.

"The typhoon could bring in strong winds and torrential rains...residents must heighten their vigilance," he said.

The tropical storm had a radius of 200 kilometres and was moving west-northwest at a speed of 22 kilometres an hour, the bureau added.

Super typhoon Dujuan killed three people and left more than 300 injured in Taiwan last year after it pounded the island with fierce winds and torrential rains that uprooted trees and triggered multiple landslides.