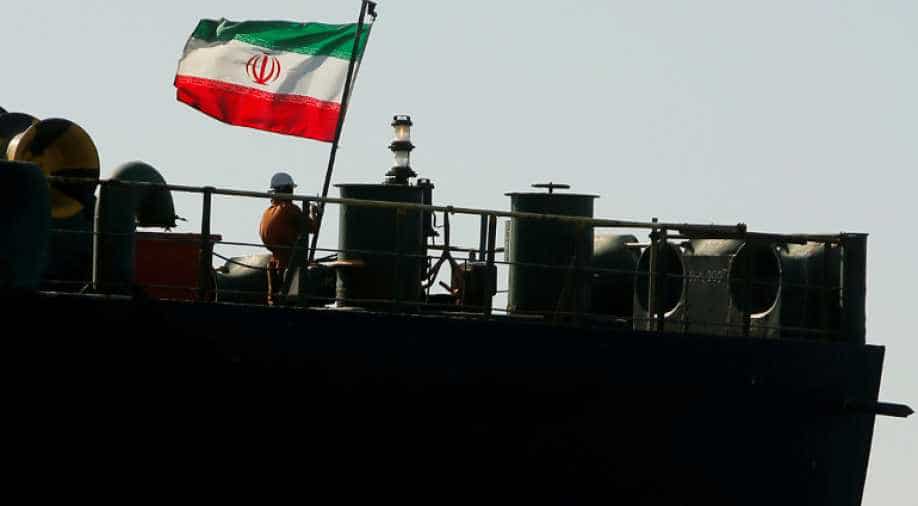 Shipping data showed on Monday that the tanker was no longer recorded as bound for Turkey, its indicated destination at the weekend.

Iran has sold the oil from a tanker released by Gibraltar after weeks in the custody of British Royal Marines and the vessel's owner will decide on its next destination, IRIB news agency quoted an Iranian government spokesman as saying on Monday.

Separately, Tehran - embroiled in a spiraling confrontation with Washington over US sanctions meant to strangle Iranian oil exports - announced that it had deployed a naval destroyer with cruise missiles to help secure Iranian ships.

The Iranian government spokesman did not identify the recipient of the oil carried by the Adrian Darya tanker. After Gibraltar freed the vessel on August 18, the United States said it would take every action it could to prevent it delivering oil to Syria in contravention of US sanctions.

"The Islamic Republic of Iran has sold the oil of this ship and now the owner and purchaser of this oil will decide the destination of the cargo," government spokesman Ali Rabiei said.

Refinitiv Eikon shipping data showed on Monday that the tanker was no longer recorded as bound for Turkey, its indicated destination at the weekend. No new destination was given.

The tanker's location is currently south of mainland Greece, west of the island of Crete, the data showed.

The vessel, laden with two million barrels of oil, had previously been heading to the port of Kalamata in southern Greece after its release by Gibraltar. But Greece said it would not offer any facilities to the vessel.

The ship, whose name was changed from Grace 1 during its detention off Gibraltar, was released after a five-week standoff over whether it was carrying Iranian oil to Syria in violation of European Union sanctions.

Soon after the detention order was lifted, a US federal court ordered the seizure of the vessel on different grounds, but that petition was rejected by Gibraltar.

Iran said any US move to seize the vessel again would have "heavy consequences". The US government said it wanted the tanker detained anew on the grounds that it had links to Iran's Revolutionary Guards, which Washington has designated a terrorist organization.

US President Donald Trump's administration has sought to bar all Iranian oil sales since withdrawing from world powers' 2015 nuclear deal with Iran, saying the pact was flawed and must be renegotiated to impose stricter limits on Tehran.

Tensions have since escalated in the Gulf region, with explosions that damaged six tankers in May and June, Iran's shooting-down of a US surveillance drone and its seizure of a tanker flying the flag of US ally Britain last month.

Iran's state-run Press TV said the newly deployed destroyer was equipped with long-range cruise missile systems and had been dispatched to the Gulf of Aden to provide security for Iranian ships travelling through the region.

Press TV said the ship, which it described as Iran's most advanced destroyer, would be accompanied by a logistical vessel and a helicopter carrier.