Slower US job growth expected, but enough to support economy 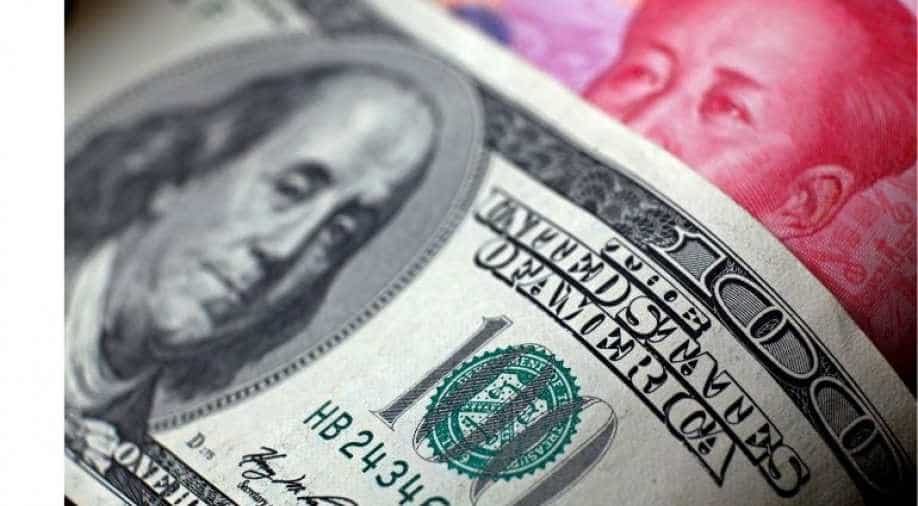 The Labour Department's closely watched monthly employment report on Friday will come in the wake of a survey on Tuesday that showed manufacturing contracting for the first time in three years in August.

US job growth likely slowed further in August, but the pace of gains probably remains sufficient to keep the economy expanding moderately amid rising threats from trade tensions and weakness overseas that have left financial markets fearing a recession.

The Labor Department's closely watched monthly employment report on Friday will come in the wake of a survey on Tuesday that showed manufacturing contracting for the first time in three years in August. The economy's waning fortunes, underscored by an inversion of the US Treasury yield curve, have been largely blamed on the White House's year-long trade war with China.

Washington and Beijing slapped fresh tariffs on each other on Sunday. While the two economic giants on Thursday agreed to hold high-level talks in early October in Washington, the uncertainty, which has eroded business confidence, lingers.

The economy is also facing headwinds from Britain's potentially disorderly exit from the European Union, and softening growth in China and the rest of the world.

The Federal Reserve is expected to cut interest rates again this month to keep the longest economic expansion in history, now in its 11th year, on track. The US central bank lowered borrowing costs in July for the first time since 2008.

"The general message from the labour market is that businesses are cutting back on hiring, but they are not laying off workers and that is important," said Ryan Sweet, a senior economist at Moody's Analytics in West Chester, Pennsylvania. "Consumers are what's keeping the economy moving at this point."

Nonfarm payrolls probably increased by 158,000 jobs last month after advancing 164,000 in July, according to a Reuters survey of economists. The anticipated job gains would be below the monthly average of 165,000 over the last seven months, but still above the roughly 100,000 per month needed to keep up with growth in the working-age population.

The unemployment rate is forecast unchanged at 3.7 per cent for a third straight month.

August job growth could, however, fall short of expectations because of a seasonal quirk related to students leaving their summer jobs and returning to school. Over the past several years, the initial August job count has tended to exhibit a weak bias, with revisions subsequently showing strength.

Other factors favouring slower job growth include declines in both the Institute for Supply Management's manufacturing and services industries employment measures in August. In addition, global outplacement firm Challenger, Gray & Christmas reported a 37.7 per cent jump in planned job cuts by U.S-based employers in August.

But first-time applications for unemployment benefits, a more timely indicator of labour market health, have been hovering near historically low levels. Consumers were very bullish about the labour market in August and the government likely started recruiting for the 2020 Census last month.

Though the trade impasse does not appear to be spilling over to the labour market, job growth has been slowing since mid-2018.

The government last month estimated that the economy created 501,000 fewer jobs in the 12 months through March 2019 than previously reported, the biggest downward revision in the level of employment in a decade. That suggests job growth over that period averaged around 170,000 per month instead of 210,000. The revised payrolls data will be published next February.

The government has also trimmed economic growth for the second quarter. The employment report is expected to show average hourly earnings gaining 0.3 per cent last month, matching July's rise. But the annual increase in wages is seen dipping to 3.1 per cent from 3.2 per cent in July as last year's surge falls out of the calculation.

"Recent downward revisions to estimates of economic growth, corporate profits, and employment growth all suggest that the economy is displaying classic late-cycle symptoms," said Michael Feroli, an economist at JP Morgan in New York. "Moreover, these symptoms are unlikely to go away entirely even if a truce is reached in the current trade tensions."

The length of the workweek will also be watched for clues on how soon companies might start laying off workers. The average workweek fell to its lowest level in nearly two years in July as manufacturers and other industries cut hours for workers. It is forecast rising to 34.4 hours in August from 34.3 hours in July.

"While one month does not make a trend, hours worked is a leading indicator worth noting," said Beth Ann Bovino, US chief economist at S&P Global Ratings in New York. "A prolonged drop in hours worked signals that businesses may reduce hiring, with layoffs and cutbacks in private spending to likely follow."

Manufacturing employment is expected to have risen by 8,000 jobs last month after increasing 16,000 in July. But factory payrolls could surprise on the downside after the ISM reported on Tuesday that its gauge of factory employment dropped in August to its lowest level since March 2016.

Manufacturing has ironically borne the brunt of the Trump administration's trade war, which the White House has argued is intended to boost the sector. Factories cut overtime for workers in July.

Government employment could get a lift from hiring for the 2020 decennial census, which could create roughly 40,000 temporary jobs.