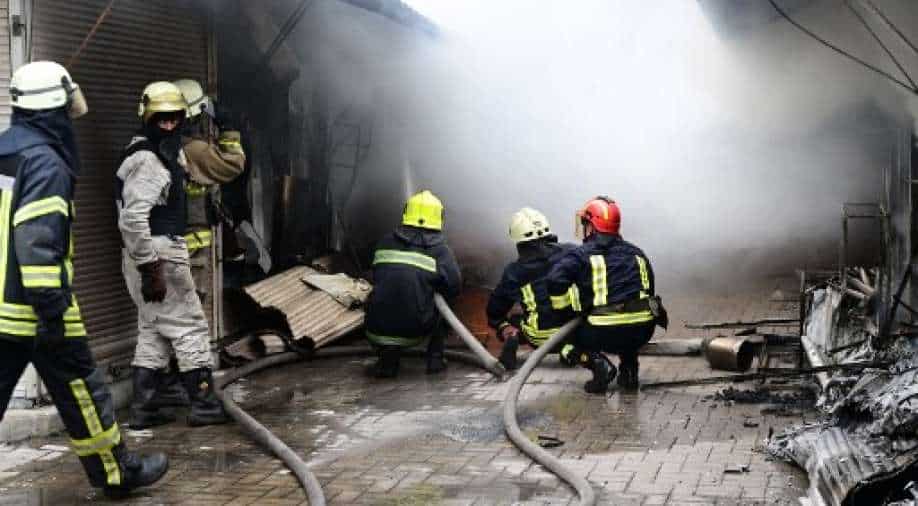 According to official data, around 144 people left the city on Tuesday after three continuous days of shelling. Earlier, six people were killed and 20 were injured on Sunday due to the bombing.

The Ukrainian city of Sloviansk has come under massive attack by the Russian military following the capture of Lysychansk and the mayor has urged all remaining citizens to evacuate immediately as shelling continued on Tuesday. Vadim Lyakh told Reuters that the Russian military bombed around 40 houses on Monday which resulted in the death of two people and seven others were injured.

“It’s important to evacuate as many people as possible,” Lyakh said.

According to official data, around 144 people left the city on Tuesday after three continuous days of shelling. Earlier, six people were killed and 20 were injured on Sunday due to the bombing.

The Russian forces are currently in the Luhansk region as they captured the cities of Lysychansk and Sievierodonetsk between May and July. They are now turning their attention to Lysychansk with the cities of Sloviansk and Kramatorsk being their main targets as the Ukrainian forces get ready.

Sloviansk had a population of 107,000 and Kramatorsk 210,000 before the war, according to Reuters. However, a majority of people have fled the cities and more continue to follow them.

Earlier, Russian President Vladimir Putin asked the Russian forces who were posted near Luhansk to “take some rest and beef up their combat capability” before beginning their new mission. However, the shelling proved that there will be no respite for the Ukrainian resistance forces in the region.

Oleksiy Arestovych, an adviser to the president, Volodymyr Zelenskiy, said in a video posted online that the fight back is on from their end and they expect to win the battle in these territories.

“This is the last victory for Russia on Ukrainian territory,” Arestovych said.