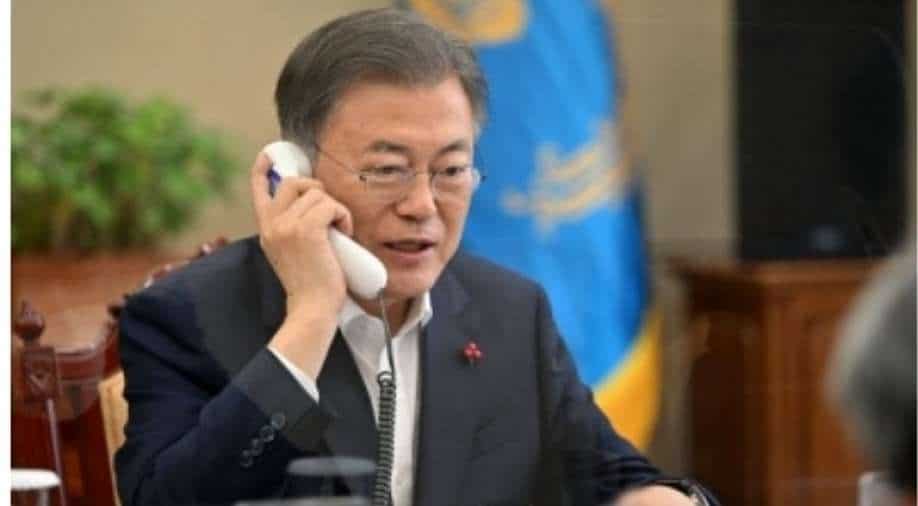 Construction of four nuclear reactors -- Shin-Hanul No. 1 and No. 2, as well as Shin-Kori No. 5 and No. 6 -- have been delayed due to safety inspections and other issues, Xinhua news agency reported.

Moon called for officials to "make every effort to ensure the safety of nuclear power plants while maintaining proper operation rate," according to Park.

The nuclear phase-out scheme set by Moon's government centers on slowly breaking away from nuclear energy by refraining from building additional plants while retiring old ones.

Under the roadmap, South Korea plans to decrease the number of nuclear plants in operation to 17 by 2034, from this year's 24.

The government plans to reduce nuclear energy to account for 23.9 per cent of the country`s total power generation by 2030 from around 30 per cent last year. It targets to raise the proportion of renewable sources to 20 per cent from 6.6 per cent over the same period.