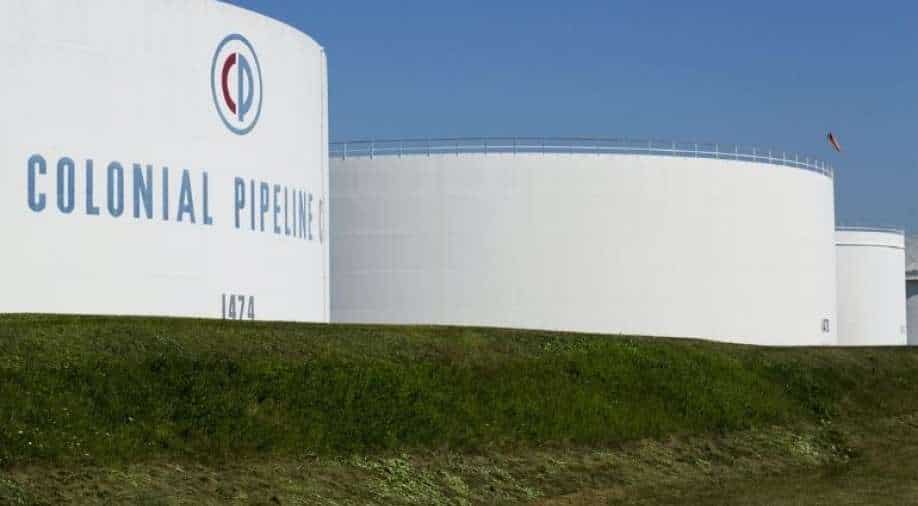 Fears the shutdown of a major fuel pipeline network would cause a gasoline shortage led to some panic buying and prompted US regulators on Tuesday to temporarily suspend clean fuel requirements in three eastern states and the nation's capital.

While it remained unclear the degree to which supplies would be affected, drivers lined up to fill their tanks at gas stations in the southeast, with some carrying extra containers amid fears of fuel scarcity.

A ransomware attack Friday on Colonial Pipeline forced the company to shut down its entire network, but government officials on Tuesday urged calm and said the situation is only temporary.

The operator of the largest fuel conduit system in the United States, Colonial Pipeline sends gasoline and jet fuel from the Gulf Coast of Texas to the populous east coast through 5,500 miles (8,850 kilometers) of ducts that serve 50 million consumers.

The company said it expects to have the pipeline network fully up and running by the end of the week.

However, "there should be no cause for hoarding gasoline, especially in the light of the fact that the pipeline should be substantially operational by the end of this week and over the weekend," she told reporters at the White House.

The shutdown raised fears the shortages would cause gasoline prices to spike just ahead of the US Memorial Day holiday, the unofficial kickoff to the summer travel season.

But Granholm called on station owners to act responsibly and said, "We will have no tolerance for price gouging."

The Environmental Protection Agency (EPA) on Tuesday announced a one-week suspension of clean air rules in an effort to ease supply issues.

The waiver is meant "to address the fuel supply emergency caused by a cyberattack on Colonial Pipeline's computer networks that led to the pipeline's shutdown," EPA Administrator Michael Regan said in a letter to the governors of Maryland, Pennsylvania and Virginia and the mayor of Washington.

Regan said the EPA and Energy Department "have been actively monitoring the supply of fuel" and found that "the unusual pipeline shutdown has affected gasoline supplies."

No gas by nightfall?

The EPA move, effective through May 18, suspends rules that require urban areas to use fuel with additives like MTBE, which makes gasoline less polluting but also more expensive.

The waiver "is necessary to take action to minimize or prevent disruption of an adequate supply of gasoline to consumers," Regan said.

That followed the weekend announcement from the Transportation Department that it was easing up on time limits for drivers of tankers carrying diesel, gasoline and jet fuel to 18 of the most affected states, and is considering easing shipping rules as well.

"Everybody's seeing the news, you know, they get fearful, then everybody rushes out and gets gas. They're filling up gas cans and everything," one gas station manager in Raleigh, North Carolina told AFP.

"We'll be out of gas before the sun goes down if it stays this way."

American Airlines said in a statement that two daily long-haul routes out of Charlotte, North Carolina, were impacted by the fuel shortage, without giving further details.

While he said some gasoline stations along the east coast are running out of fuel, including a little over five percent in Georgia and 7.5 percent or more in North Carolina and Virginia, he cautioned against overreacting.

"Rack prices, or the prices stations pay for gasoline, rose only by a couple of cents today throughout the southeastern US. There is no pending spike coming to (gas prices) in the area, folks. No reason to freak out," De Haan said.

Oil prices already had been on the rise as the global economy bounces back from the Covid-19 pandemic, rebounding to just over $68 a barrel on Tuesday from less than $22 in April 2020.

John Catsimatidis, CEO of United Refining Company, which processes more than 70,000 barrels per day of oil and owns more than 400 gas stations in the New York area, said on Monday that the pipeline shutdown will send prices higher, estimating an impact of "at least four cents a gallon."

Colonial said late Tuesday it was making progress in "around-the-clock efforts to return our system to service."

Will hold on to 'fortress' Bakhmut, says Ukraine President Zelensky