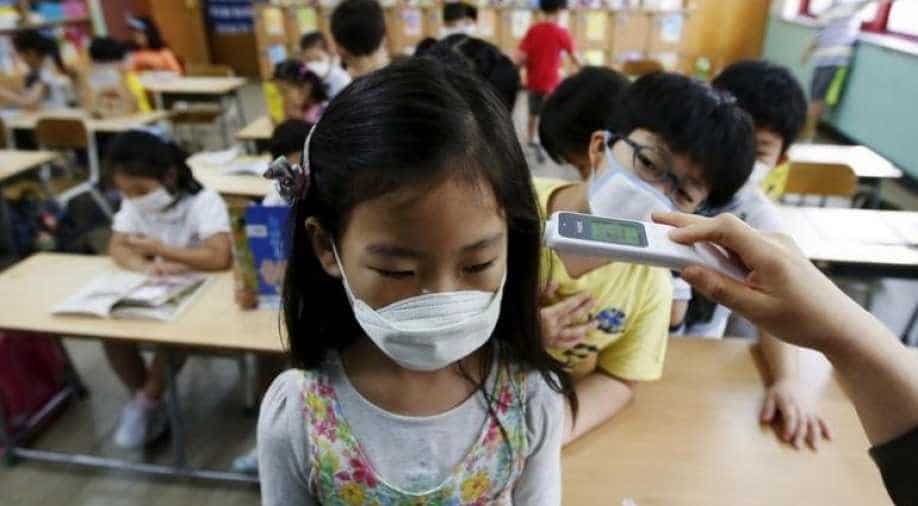 While nearly every country in the world has already partially or fully reopened schools for face-to-face lessons, the Philippines has kept them closed since March 2020

The Philippines will reopen up to 120 schools for limited in-person classes for the first time since the start of the coronavirus pandemic in a pilot approved by President Rodrigo Duterte, officials said Monday.

While nearly every country in the world has already partially or fully reopened schools for face-to-face lessons, the Philippines has kept them closed since March 2020.

"We have to pilot face-to-face (classes) because this is not just an issue for education, it's an issue for the children's mental health," presidential spokesman Harry Roque told reporters.

"It's also an issue for the economy because we might lose a generation if we don't have face-to-face (classes)."

Under guidelines approved by Duterte Monday, up to a hundred public schools in areas considered "minimal risk" for virus transmission will be allowed to take part in the two-month trial.

Classrooms will be open to children in kindergarten to grade three, and senior high school, but the number of students and hours spent in face-to-face lessons limited.

Schools wanting to take part will be assessed for their preparedness and need approval from local governments to reopen. Written consent from parents will be required.

"If the pilot class is safe, if it is effective, then we will gradually increase it," said Education Secretary Leonor Briones.

Duterte rejected previous proposals for a pilot reopening of schools for fear children could catch Covid-19 and infect elderly relatives.

But there have been growing calls from the UN's children fund and many teachers for a return to in-person learning amid concerns the prolonged closure was exacerbating an education crisis in the country.

It is not clear when the pilot will begin or which schools will be included.

A "blended learning" programme, which involves online classes, printed materials and lessons broadcast on television and social media, will continue.

France Castro of the Alliance of Concerned Teachers told AFP the decision was "long overdue".

Fifteen-year-olds in the Philippines were at or near the bottom in reading, mathematics and science, according to data from the Organisation for Economic Co-operation and Development (OECD).

Most students attend public schools where large class sizes, outdated teaching methods, lack of investment in basic infrastructure such as toilets, and poverty have been blamed for youngsters lagging behind.