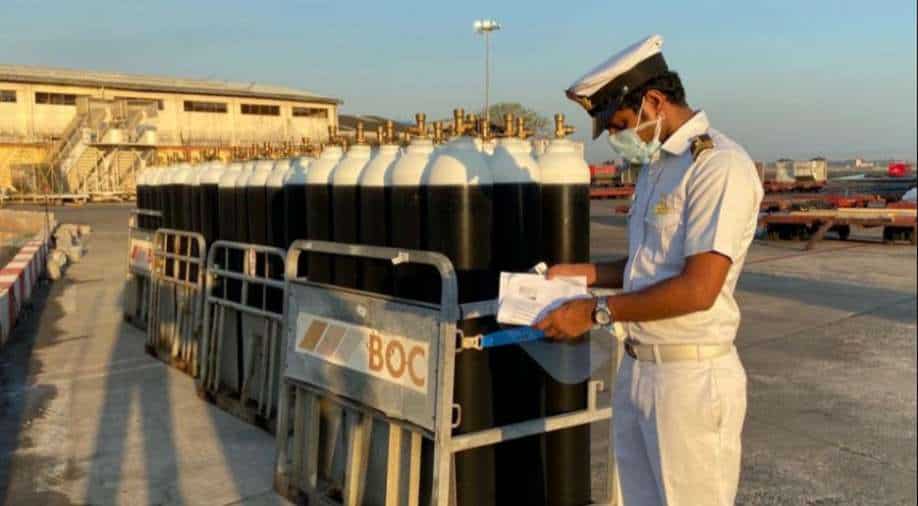 A file photo of oxygen containers. Photograph:(WION)
Follow Us

Almost $500,000 was raised during the very first session of the marathon fundraiser on Sunday

The Indo-Canada Chamber of Commerce (ICCC), along with 80-odd community bodies, launched its Oxygen for India marathon fundraiser to collect $2 million to send oxygen equipment to India, even as Ontario announced to send 2,000 more ventilators to the Covid-battered country.

Almost $500,000 was raised during the very first session of the marathon fundraiser on Sunday.

It will be held for three hours every Sunday for four weeks.

Surprisingly, the biggest contribution of $50,000 came from Canada's native or indigenous Metis people.

"We have similarities with Indians even though we are from different parts of the world. India will be there for us when we need, and we should be there for them now. We will donate $50,000 to the ICCC and do more if needed," announced David Chartrand, President of the Manitoba Metis Federation.

ICCC president Vijay Thomas said their initiative aims at garnering donations not only from the 1.6 million Indo-Canadian community, but also businesses and cities across Canada.

"The money will be used to send oxygen concentrators and generators and we will find new pathways to send oxygen to India. We want to ensure that oxygen reaches tier 2 and 3 cities and towns before they get severely hit by the virus," Thomas said.

Ford announced that 2,000 additional ventilators are being sent to India, in addition to 3,000 already delivered.

"The whole plane-load of Air Canada is filled from front to back and arriving (in India) by Tuesday with all sorts of supplies. The people of India have been there for us and we will be there for them," the Ontario Premier said, referring to India's delivery of one million vaccine doses to Canada earlier this year.

Markham city's Frank Scarpitti, who has been to India many times and is very well respected in the Indo-Canadian community, announced to donate $10,000 to the initiative by the ICCC.

The mayors of Brampton and Mississauga, the outlying cities which are home to the biggest concentration of the Indo-Canadian community in Canada, urged their residents to donate liberally to the initiative.