Pelosi on warpath with Trump again, calls for support to halt US president's 'emergency' 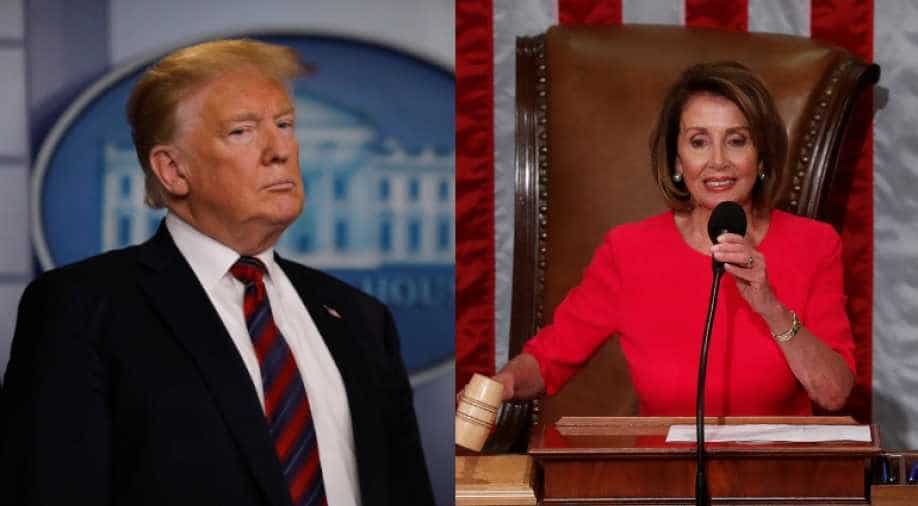 Trump announced the emergency in order to bypass Congress, which approved only a quarter of the $5.6 billion he wanted for the wall in a spending bill.

House Speaker Nancy Pelosi on Wednesday called upon lawmakers to back a resolution to halt the national emergency declared by US President Donald Trump to fund a wall on the southern border with Mexico.

Trump announced the emergency in order to bypass Congress, which approved only a quarter of the $5.6 billion he wanted for the wall in a spending bill.

Sixteen states earlier this week sued over the declaration, but the Trump administration has continued with plans to pull together around a further $6.6 billion in federal funding, mostly from the Department of Defense.

Lawmakers have until 3:00 pm (2000 GMT) on Thursday to co-sponsor it, before it is formally introduced on Friday.

"I write to invite all Members of Congress to cosponsor Congressman Joaquin Castro's privileged resolution," Pelosi said in a letter to Democrats and Republicans late Wednesday."

"The President's decision to go outside the bounds of the law to try to get what he failed to achieve in the constitutional legislative process violates the Constitution and must be terminated," she said.

"We have a solemn responsibility to uphold the Constitution, and defend our system of checks and balances against the President's assault.

Democrats were quick to express their support.