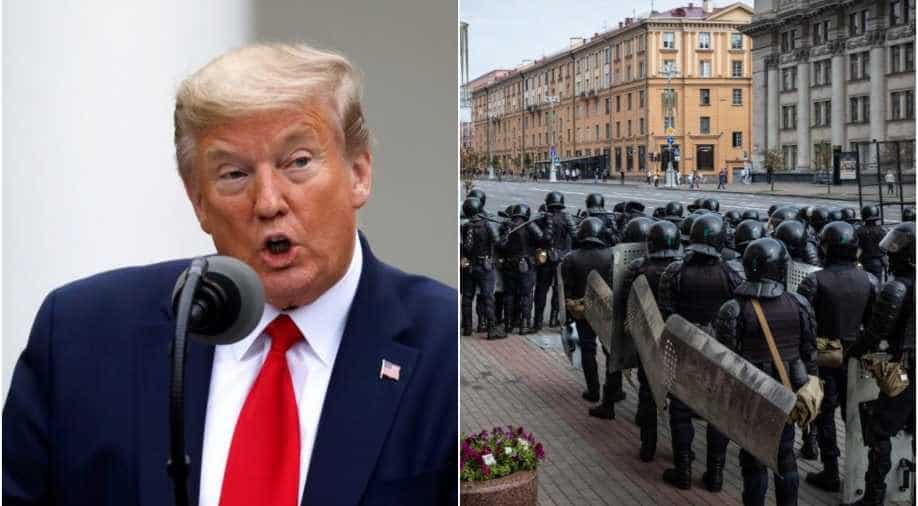 Democrats have accused US President Donald Trump of trying to inflame racial tensions to benefit his campaign as he praised supporters who clashed with protesters in Portland, Oregon | READ MORE

Five people, including a teenager, were hospitalised for gunshot wounds they suffered during a block party shooting on Sunday in Kentucky | READ MORE

Lukashenko gets birthday call from Putin, as tanks seen in Minsk amid protests

All migrants moved off Banksy-funded rescue vessel stranded in Mediterranean

All of the migrants on board a rescue ship funded by British street artist Banksy have been transferred to other vessels, the team behind the mission said | READ MORE