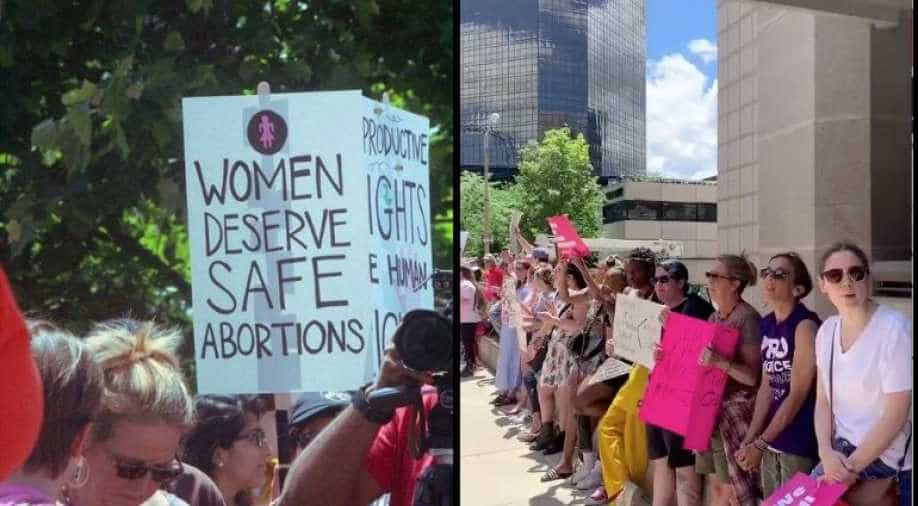 Planned Parenthood sued Missouri this week after state health officials said the license for Reproductive Health Services of Planned Parenthood in St. Louis was in jeopardy, meaning the clinic could have closed at midnight unless the judge granted the request for a temporary restraining order.

Missouri`s only abortion clinic will stay open at least a few more days after a judge on Friday granted a request by Planned Parenthood for a temporary restraining order, allowing the facility to keep operating until a hearing on Tuesday.

Planned Parenthood sued Missouri this week after state health officials said the license for Reproductive Health Services of Planned Parenthood in St. Louis was in jeopardy, meaning the clinic could have closed at midnight unless the judge granted the request for a temporary restraining order.

"This is a great day for the people of Missouri, but the fight is not over," David Eisenberg, the medical director for Planned Parenthood in St. Louis, said at a news conference. "We want our patients to know that our doors are still open and we will always fight for your rights and your health care."

Representatives for the Missouri Department of Health and Senior Services could not be immediately reached for comment.

Health officials had refused to renew the clinic`s license because they said, they were unable to interview seven of its physicians over "potential deficient practices," according to documents filed in a state circuit court in St. Louis.

The legal battle in St. Louis comes a week after Missouri Governor Mike Parson, a Republican, signed a bill banning abortion beginning in the eighth week of pregnancy, making Missouri one of nine US states to pass anti-abortion legislation this year.

On Friday, St. Louis Circuit Court Judge Michael Stelzer said the clinic`s license would remain in effect until a ruling is made on Planned Parenthood`s request for a preliminary injunction against the state. A hearing on that matter is scheduled for 9 am (10 am ET) on Tuesday.

If the judge had ruled against Planned Parenthood, the clinic`s license would have expired at midnight, making Missouri the only US state without an abortion clinic since the Supreme Court`s Roe v. Wade decision in 1973 that established a woman’s right to terminate her pregnancy.

Parson said the state will soon have the opportunity for a prompt legal review of what he called the "serious health and safety concerns" of regulators regarding the facility.

"We are committed to and take seriously our duty to ensure that all health facilities in Missouri follow the law, abide by regulations, and protect the safety of patients," Parson said in a statement.

Outside the clinic on Friday, a handful of anti-abortion protesters stood holding "Choose Life" signs.

"Planned Parenthood is not above the law," said Mary Maschmeier, founder of the Defenders of the Unborn, an anti-abortion organization. "The deal is done when we have human life amendment and when Roe v. Wade is overturned."

Anti-abortion activists say they aim to prompt the newly installed conservative majority on the US Supreme Court to overturn Roe v. Wade by enacting laws that are virtually assured of facing court challenges.

A series of prominent US media companies said they will rethink working in Georgia if a new state law takes effect, banning abortions as soon as a foetal heartbeat can be detected by doctors. That standard effectively bans abortions at about six weeks into a pregnancy, before some women would even be aware they were pregnant.