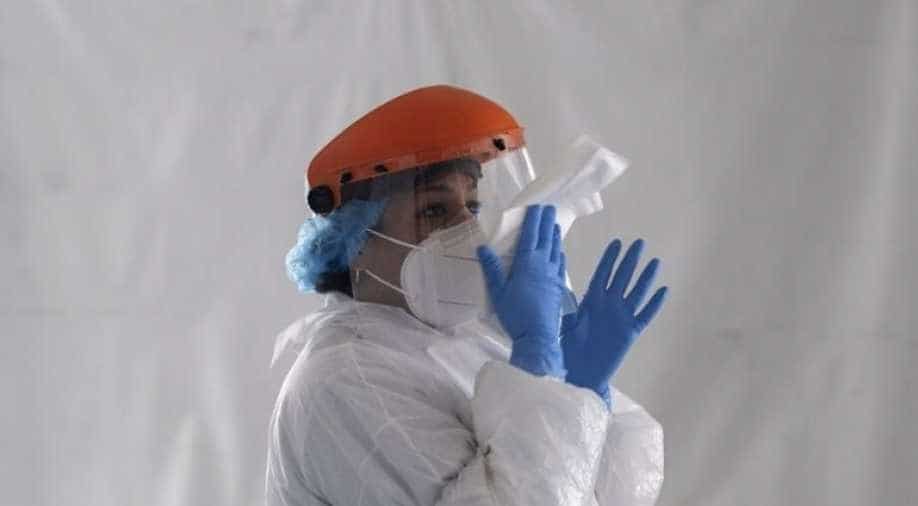 A laboratory worker wipes her face shield after taking a sample from a customer at the Certus Lab's COVID-19 drive-thru test centre at the parking lot of the Caliente multipurpose complex in Tijuana, Baja California State, Mexico, on July 21, 2020 amid th Photograph:( AFP )

A daily technical report recorded a total of 40,400 deaths from the virus

Mexico on Tuesday passed 40,000 deaths from the novel coronavirus pandemic as the country, which has the fourth-highest COVID-19 death toll in the world, struggles to contain the disease.

A daily technical report recorded a total of 40,400 deaths from the virus, after adding 915 more fatalities in the last 24 hours. The first case in Mexico was detected on February 28.

This week President Manuel Lopez Obrador vowed to improve health standards in the nation to help its combat the virus threat.

He pledged to protect those vulnerable to COVID-19, including tackling "diseases caused by hunger and poverty," launching "a permanent campaign" to promote healthier eating and lifestyles, and treating hypertension, diabetes and obesity as a priority.

"We want to remember those who died from the COVID-19 pandemic, and send a loving, fraternal hug to their relatives, to their friends," Lopez Obrador said in a video released on social media.

Mexico, with 127 million inhabitants, has the second-highest death toll in Latin America after Brazil, which has 80,000 deaths.