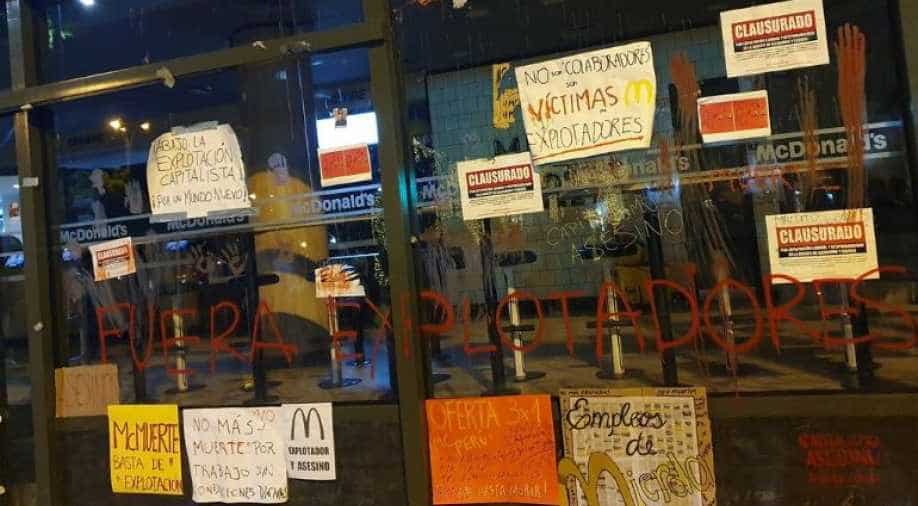 Protest signs are seen outside of a closed McDonald's restaurant, in Miraflores near Lima, Peru December 17, 2019 in this picture obtained from social media Photograph:( Reuters )

McDonald's has shut all its restaurants in Peru for two days of mourning after two of its employees died, the burger chain said on Twitter

Two teenage employees were electrocuted while cleaning the kitchen of a McDonalds in Pueblo Libre, a district in the capital Lima, Peruvian daily La Republica reported.

"In response to the terrible loss of our two colleagues Carlos Gabriel Edgardo Campos Zapata and Alexandra Antonella Porras Inga, we wish to announce that we have declared two days of mourning from this morning, during which all our restaurants nationwide will remain closed," McDonald's Peru said on Twitter.

The company said it was cooperating fully with the authorities investigating the deaths and offering support to their families. All staff would be paid during the two days when the restaurants were shut.