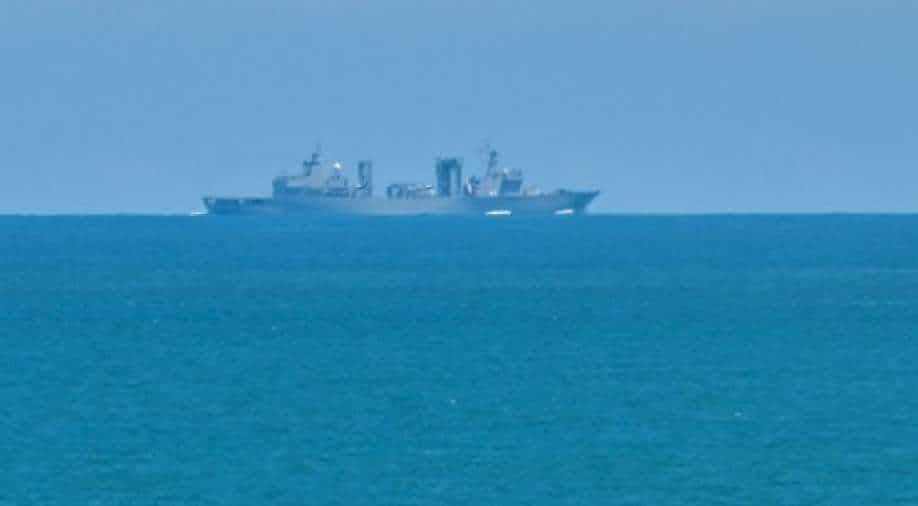 US House Speaker Nancy Pelosi's visit to Taiwan triggered China's anger which considers the island nation as its breakaway province which it has vowed to annex by force if necessary.

In retaliation, China began large-scale military drills near Taiwan firing ballistic missiles. The drills are set to last until August 7 even as Pelosi visits other nations in the region.

In Japan, Pelosi said her visit was being used by China to start the military exercise in Taiwan Straits. Japan also expressed concern over the drills informing that ballistic missiles had fallen into its economic zone as China put its heavy arsenal on display.

As China continues to defy a global outcry and carries on with military drills around Taiwan for a second day. Taiwan military has now called Beijing's latest drills as highly provocative.

The Chinese foreign ministry said it has imposed sanctions on US House Speaker Nancy Pelosi over her visit to Taiwan even as the island nation slammed the military drills.  China fired ballistic missiles and deployed both fighter jets and warships around Taiwan for the second consecutive day. The People's Liberation Army declared "no-go danger" zones around Taiwan as Chinese warships reportedly came within 12 miles of the island's shores. State-run Xinhua news agency had informed the Chinese military had flown "more than 100 warplanes including fighters and bombers" during the exercise on Thursday. 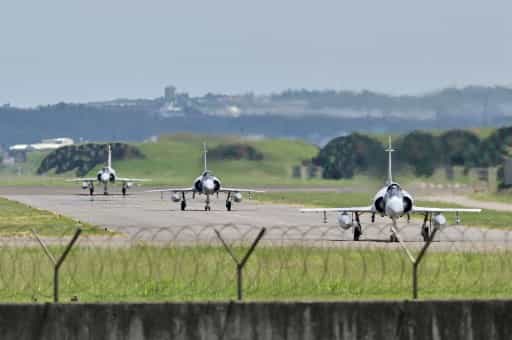 Three French Mirage 2000 fighter jets taxi on a runway in front of a hangar at the Hsinchu Air Base in Taiwan.

As China began its military drills near Taiwan for the second day on Friday, Australia's foreign minister Penny Wong said the exercises were "disproportionate and destabilising" while declaring that it is deeply concerned about the launch of ballistic missiles by China. Wong is currently attending the East Asia Summit in Phnom Penh. 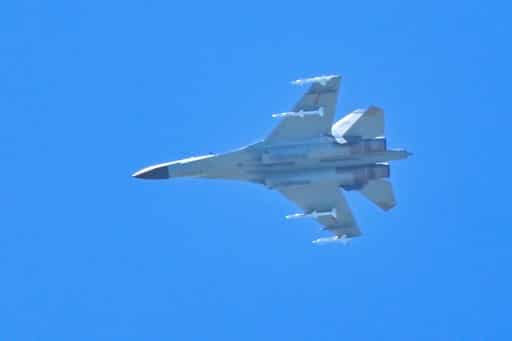 A Chinese military jet flies over Pingtan island one of mainland China's closest point from Taiwan in Fujian province. Taiwan said Chinese fighter jets and ships crossed the median line that runs down the Taiwan Strait. China has been holding huge drills since Thursday, a day after US House Speaker Nancy Pelosi visited the island nation.

"As of 11am, multiple batches of Chinese warplanes and warships conducted exercises around the Taiwan Strait and crossed the median line of the Strait," the defence ministry said in a statement, adding," This Chinese military exercise, whether it be the launch of ballistic missiles or the deliberate crossing of the median line of the strait, is a highly provocative act."

As China began its military exercise near Taiwan, Japan said it impacts national security of the country and seriously affects the safety of its citizens. The Communist regime began live-fire drills in Taiwan Strait after US House Speaker Nancy Pelosi left the island nation angering China. Reports claim Chinese missiles fell in Japan's exclusive economic zone worrying officials as Japan's Prime Minister Fumio Kishida called for "immediate cancellation" of the Chinese military exercise. US House Speaker Nancy Pelosi was in Tokyo while completing the final leg of her visit in the region amid the Chinese military exercise.

Opinion: Escalating big power contest on Taiwan: Can it lead to war?

With unprecedented military posturing by China, live missile fire east of Taiwan close to its coastline, and US aircraft carrier and maritime forces located not too far, the situation is tense and prone to accidental trigger causing escalation.

It does not make any strategic sense for China to invade Taiwan, as it has all the negatives except false bravado, with bright chances of loss of face globally and domestically, in case the operations fail; hence, likely to contend with activities short of war. 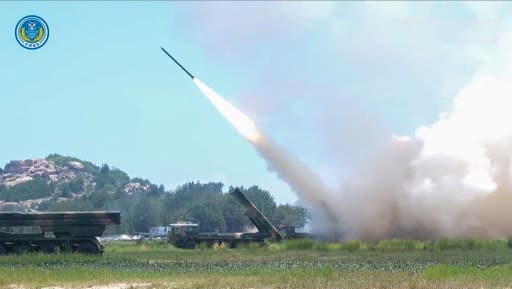 Where did she go straight from Taiwan?

Following her well publicised travel to Taiwan, US House Speaker Nancy Pelosi was in South Korea on Thursday, where she had visits to the North Korean border on her itinerary 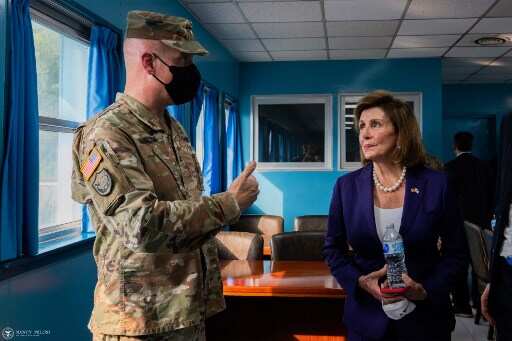 US Speaker of the House Nancy Pelosi visits the Joint Security Area of the Demilitarized Zone separating North and South Korea.

Pelosi lashes out at China

'Not about changing status quo': Pelosi lashes out at China during Japan visit

"They may try to keep Taiwan from visiting but they will not isolate Taiwan from us," the US House Speaker said in a stern warning to China.

Pelosi emphasised that US-Taiwan friendship was "important" while stating that it was an "honour" to meet the Taiwan delegation during her visit.

The South Korean president has been accused of avoiding Pelosi in order to appease China.

As per reports, Yoon had planned a summer holiday even before Pelosi's visit was announced. The reports also mentioned that the South Korean leader is in Seoul.