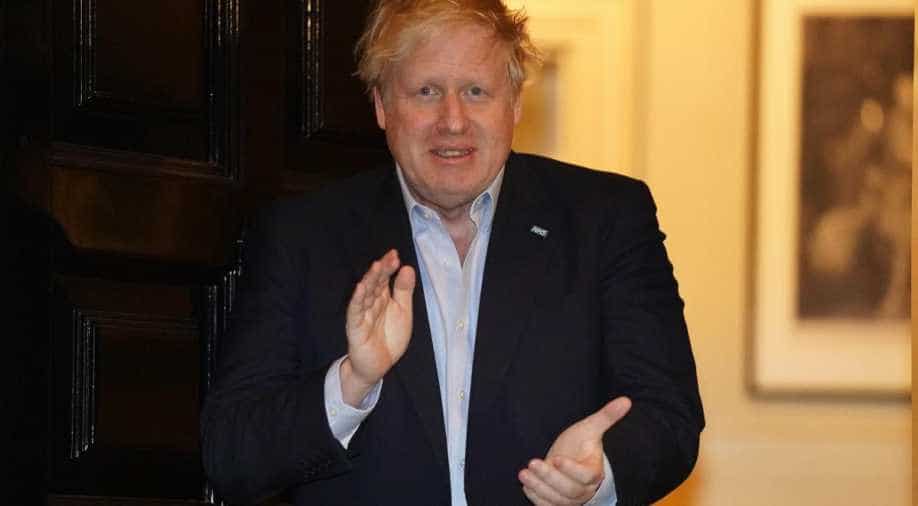 Under Britain's EU withdrawal treaty, Northern Ireland will enjoy a special status to ensure no return of a border with EU member Ireland, in line with a 1998 peace pact that ended three decades of bloodshed

Prime Minister Boris Johnson has accused the European Union of threatening to impose a food "blockade" between Britain and Northern Ireland that could tear the UK apart, throwing new fuel on the fire of simmering Brexit talks.

Writing in Saturday's Daily Telegraph newspaper, Johnson said the EU's stance justified his government's introduction of new legislation to rewrite its Brexit withdrawal treaty -- a bill that is causing deep alarm among his own MPs.

Talks between London and Brussels on a future trading relationship are deadlocked. Absent a deal by the end of this year, when the full force of Brexit kicks in, Johnson said the EU was bent on an "extreme interpretation" of rules for Northern Ireland.

"We are being told that the EU will not only impose tariffs on goods moving from Great Britain to Northern Ireland, but that they might actually stop the transport of food products from GB to NI," he wrote.

"I have to say that we never seriously believed that the EU would be willing to use a treaty, negotiated in good faith, to blockade one part of the UK, to cut it off, or that they would actually threaten to destroy the economic and territorial integrity of the UK."

The food dispute centres on the EU's refusal so far to grant Britain "third country" status, which acknowledges that nations meet basic requirements to export their foodstuffs to Europe.

Under Britain's EU withdrawal treaty, Northern Ireland will enjoy a special status to ensure no return of a border with EU member Ireland, in line with a 1998 peace pact that ended three decades of bloodshed.

The EU is worried that post-Brexit Britain could undercut its own food standards, as well as rules on state aid for companies, to send goods into its single market via Northern Ireland.

After another difficult round of trade talks this week in London, chief EU negotiator Michel Barnier said "many uncertainties" remained about Britain's food export regime after January 1.

"More clarity is needed for the EU to do the assessment for the third-country listing of the UK," he said in a statement.

Johnson said his government remained committed to finding agreement with the EU by the end of the year.

"But we cannot leave the theoretical power to carve up our country -– to divide it -– in the hands of an international organisation," he wrote, calling the new UK Internal Market Bill a "legal safety net".

The prime minister's article appeared after he held a chaotic videoconference on Friday evening with mutinous Conservative MPs who are aghast at the prospect of the government tearing up an international treaty.

"We must get this bill through," Johnson wrote, ahead of a debate in parliament on Monday. "So I say to my fellow parliamentarians that we cannot go back to the dark days of last year -– the squabbling that so undermined our negotiators."