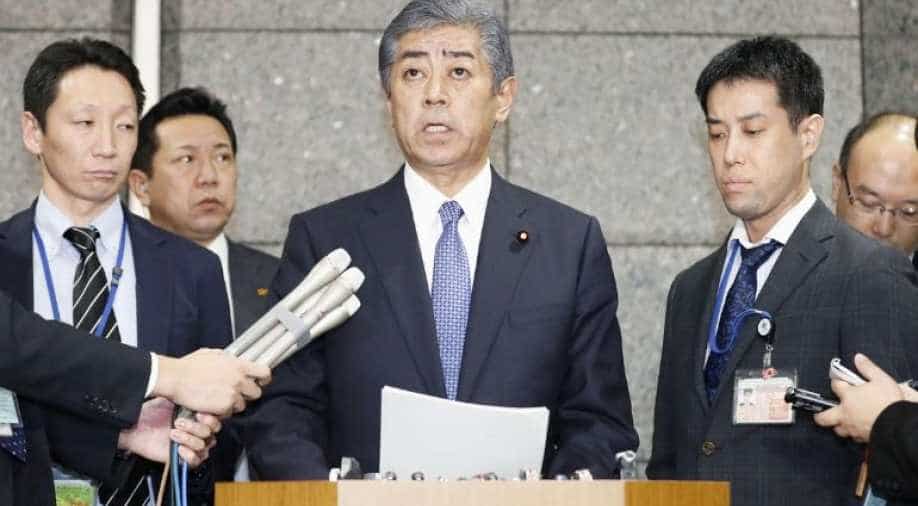 'North Korea's repeated missile tests threaten national security, and cooperating between Japan and South Korea and with the US is crucial,' Iwaya told reporters.

Japanese Minister of Defence Takeshi Iwaya said on Friday South Korea's decision to end an intelligence-sharing pact was regrettable and showed it failed to appreciate the growing security threat posed by North Korea.

South Korea officially informed Japan on Friday of its decision to scrap the intelligence-sharing agreement, further straining ties amid a dispute over South Koreans pressed into forced labour during Japan's wartime occupation of Korea.

"We strongly urge them to make a wise decision."

Ties between the East Asian neighbours, both important US allies, were already at their lowest ebb in years before South Korea's decision to end the General Security of Military Information Agreement (GSOMIA).

The dispute over forced labourers has also spilled over into trade, with Japan putting restrictions on exports of semiconductor materials to South Korea and removing it from a list of nations given preferential trading terms.

Under the GSOMIA, which had been due for automatic renewal on Saturday, the two countries shared information on the threat posed by North Korea's missile and nuclear programmes.

South Korea will share intelligence with Japan through a three-way channel involving the United States, South Korea's deputy national security adviser Kim Hyun-chong said on Friday, meaning Japan and South Korea are likely to revert to sharing intelligence through the US military.

The United States, which fears weakened security cooperation in the region, expressed dismay over South Korea's decision, announced on Thursday, to end the pact and urged the two countries to continue to engage with each other.

Kim said the decision to end the intelligence-sharing deal was inevitable as Japan had ignored South Korea's repeated offers of dialogue to resolve what Japan said was damaged trust between them.

"I think this situation will be an opportunity to upgrade the South Korea-US alliance, in close cooperation," Kim said,

Mexico City is struggling to enforce hand washing amid pandemic. Here's why