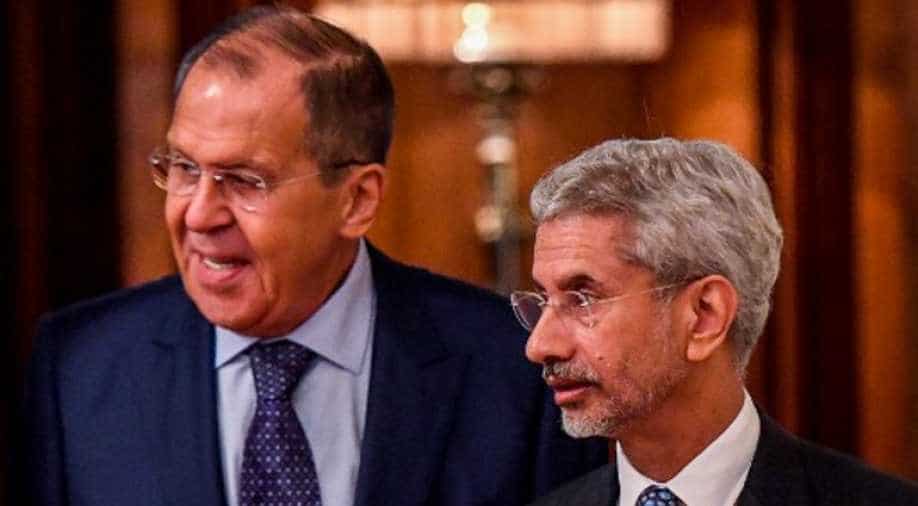 Jaishankar discussed the upcoming visit of PM Modi to Vladivostok for the eastern economic forum next week.

India's external affairs minister S Jaishankar who is on a two-day India visit to Moscow held "intensive and focused" bilateral talks with his Russian counterpart Sergey Lavrov in the Russian capital during which he briefed him about abrogation of Article 370.

Speaking after the meeting at a joint briefing, India's external affairs minister Jaishankar said: "I took the opportunity to brief foreign minister Lavrov on recent legislative changes which had happened with respect to Jammu and Kashmir and Ladakh and on this matter I definitely saw full understanding on part of Russia that this was an internal matter and our issues with Pakistan should be discussed bilaterally."

Russia was the first permanent five(P-5) representative of the United Nation Security Council(UNSC) to back New Delhi's August 5th decision to remove special status for the erstwhile state of Jammu and Kashmir.

The visiting Indian minister discussed the upcoming visit of PM Modi to Vladivostok for the eastern economic forum(EEF) next week and the annual India-Russia summit. Military technical cooperation will be one of the focus areas when PM Modi meets Russian President Putin.

"Both of us were satisfied with the state of preparations and we expect good outcomes from Vladivostok," India's external affairs minister added.

"Our attention is on preparations for Prime Minister Modi's upcoming visit to Russia where he will hold talks with President Putin and attend the fifth Eastern Economic Forum in Vladivostok as a guest of honor. We discussed in detail the agenda of the meeting and agreed that we are moving in the right direction." Sergey Lavrov said.

Both sides covered a number of regional and global issues including the situation in the Middle-East and Afghanistan.

Defence remains one of the main pillars of India-Russia ties. Last year during the annual summit which alternates between the two countries, the S-400 deal was announced.

Earlier, there were issues related to the advance payment of S-400 missile defence system which has been settled between the two countries. The S-400 timetable on delivery of the system to India has been proceeding according to schedule.

US: Man in famous 9/11 attacks photograph dies from coronavirus