How COVID-19 precuations changed the route of Biden's inaugural ceremony 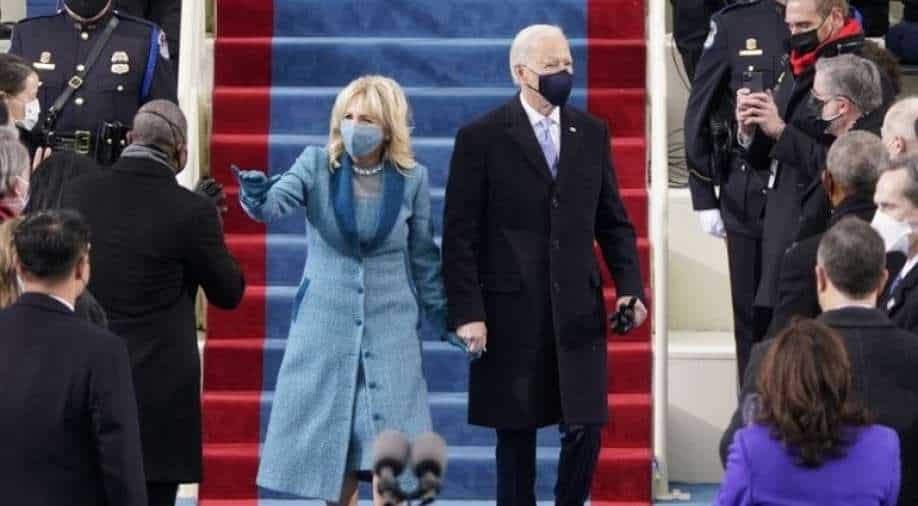 US President-elect Joe Biden flanked by wife Dr. Jill Biden arriving for his inauguration as the 46th US President on January 20, 2021, at the US Capitol in Washington, DC. Photograph:( AFP )

The inauguration of Joe Biden as the 46th President of the United States took place amid the challenge of COVID-19. The organisers took into account precautions to wade off potential infections. Here's what changed

The inauguration of Joe Biden as the 46th President of the United States took place amid the challenge of COVID-19. The organisers took into account precautions to wade off potential infections.

In mid-December, the Presidential Inaugural Committee announced that "vigorous health and safety protocols" were planned for the ceremony. This included the "reimagination" of traditional events, including a virtual inaugural parade.

The Capitol Hill luncheon was also cancelled. In addition, the committee urged people to stay at home and to not travel to DC.

But some unprecedented changes were enforced keeping in mind the pandemic.

These included limited attendance. In mid-December, the Joint Congressional Committee on Inaugural Ceremonies (JCCIC) announced that the ceremony would be tremendously scaled back. In usual circumstances, 200,000 tickets are distributed for the ceremony. The National Mall remained closed to the public, and members of the US Congress were allowed to bring only one guest.

In terms of safety protocols, all provisions put forward by the World Health Organization and Centers for Disease Control were followed at the ceremony.

The committee had announced earlier that the official swearing-in ceremony would include "vigorous health and safety protocols to protect public health, including face-coverings, social distancing, and more".

Keeping in mind the risk of infection, many events were cancelled or reimagined to create a pandemic experience.

As part of this, over 191,500 US flags were installed at the National Mall in an art display called "Field of Flags". In addition, 56 pillars of light were put in place, to represent Americans who could not attend the ceremony in person.

The virtual "reimagined parade" is set to feature televised performances from all states and territories of the United States. This will include celebrity and guest appearances from Jennifer Lopez, Lady Gaga, Justin Timberlake, among many.

To make up for the in-person celebrations, team Biden is set to air a 90-minute special programme titled "Celebrating America" on the evening of the inauguration.

Both Biden and Harris will speak during the programme, which will also pay homage to frontline workers who served during the COVID-19 pandemic, including teachers, and healthcare workers.

The Capitol Hill luncheon was cancelled to prevent further spread of COVID-19. In regular times, the luncheon would have included guests like congressional leaders, and it also highlighted the cuisine of the new president and the vice president.