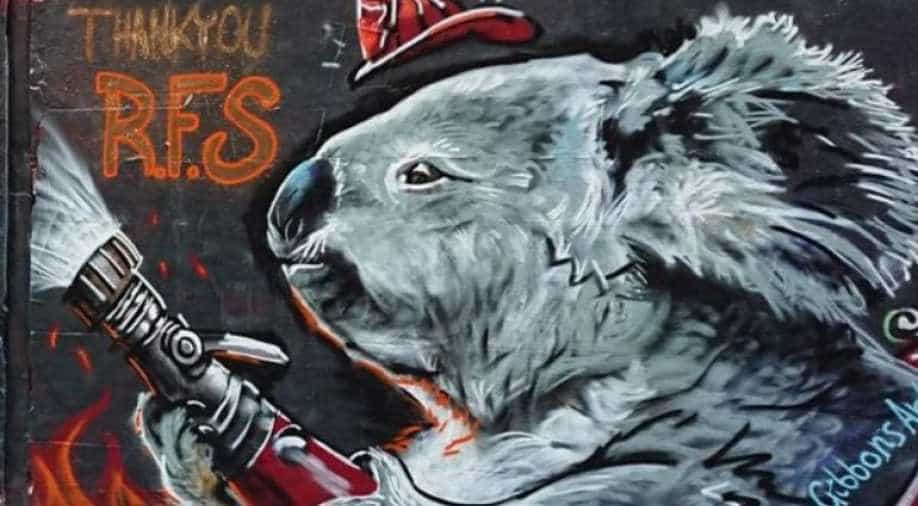 Mural made by an artist as a tribute to Australian firefighters Photograph:( Instagram )

They made this gesture to pay a tribute to the firefighters tackling Australia's biggest wildfires in decades.

A mural of koala bear wearing headgear of a firefighter and holding the hose of a fire fighting steel pipe sprinkling water with a note of thanks has been painted by graffiti artists in Hosier Lane, Melbourne.

They made this gesture to pay a tribute to the firefighters tackling Australia's biggest wildfires in decades.

The group simultaneously worked and collected money in a donation box. 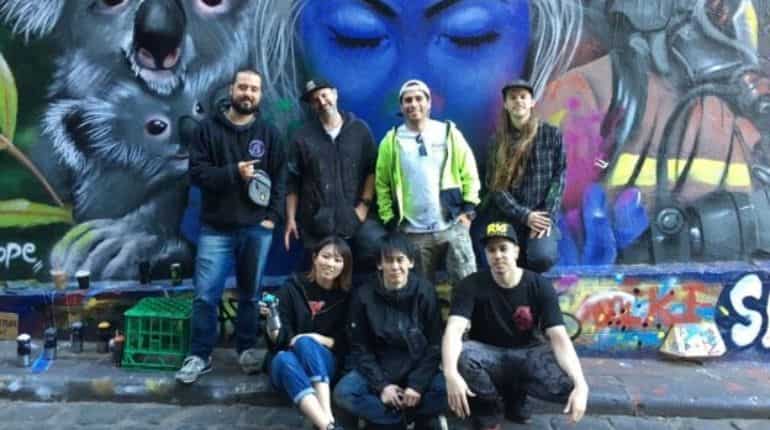 They raised just over AUD$500.

The money that has been collected has been donated by the artists to World Wildlife Fund (WWF) Australia.

It was a token of respect and gratitude by the artists to the firefighters.

The artists also wanted to convey the power of ''positive art''.

The Australian bushfire has scorched more than 11.2 million hectares of land, an area nearly half the size of the United Kingdom.

Nearly half of the island's koala have died since the fires blazed.