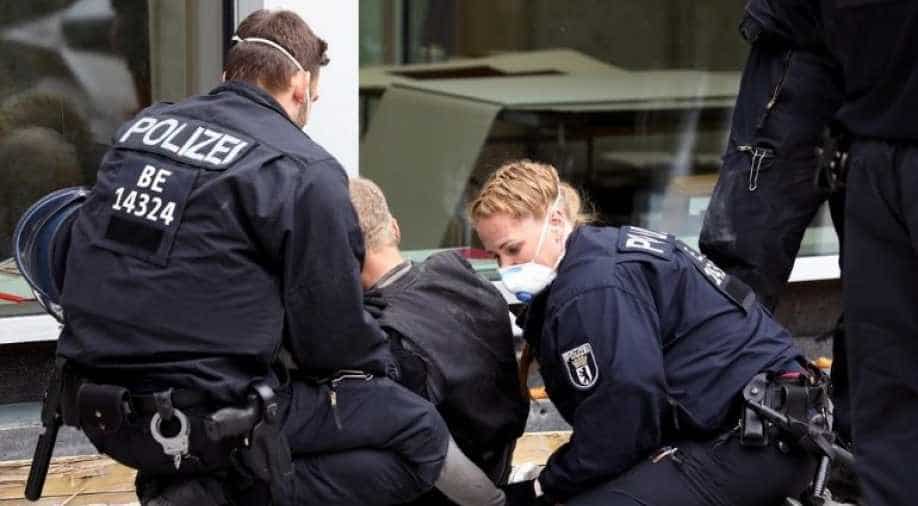 People protested against the lockdown, and asked to have their lives back. Hundreds of protestors were detained.

Germany saw protestors take over the roads over the weekend. Some protestors were detained during the protest by the Berlin police.

The protests were staged against the lockdown that has been imposed to contain the spread of the deadly coronavirus.

Earlier, the German government had decided to lift the restrictions. However, as the positive cases increased by 667, and the daily death toll was 26, the  Chancellor Angela Merkel announced over the weekend that the government might have to pull "emergency brake" to allow for the reimposition of restrictions if infections pick up again.

The decision did not go well with the public, who want their "life back". Berlin police said more than 100 people were detained after bottles were thrown at officers during a protest in East Germany.

Till now, two police officers have been injured, along with a TV crew.