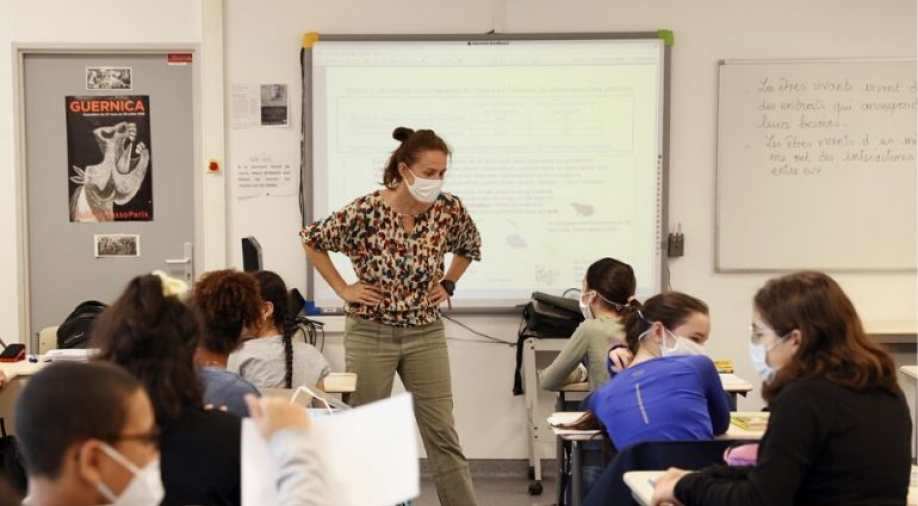 French schools opened their doors to greet pupils on Monday for what the government says is two weeks of obligatory lessons before the summer break, although many parents may yet defy the decision and keep their children at home.

Schools began reopening when the government eased its lockdown rules six weeks ago, but parents were allowed to keep their children at home and a strict health protocol meant that classes could only be half full.

French President Emmanuel Macron announced a full and "obligatory" return to school for primary and middle schools in an address to the nation earlier this month and the restrictions have now been amended.

"The objective is for 100% of primary school pupils and middle school students to return," Education Minister Jean-Michel Blanquer told France Inter radio on Monday, although the government has implied that no sanctions will be taken against rebellious parents.

The summer holidays begin in two weeks, but the government has argued that it is essential that children see their teachers and classmates again to end the year properly before breaking up for the two-month long break.

"I'm so pleased to be going back to school!" said 8-year-old Adele in front of a Parisian school, after her first morning with all her classmates.

Not far from Adele, 7-year-old Annika was also delighted. "I'm so happy to see my friends and teachers again. Learning at home isn't the same thing, school is better!"

Mixed response from parents
Parents dropping their children off were thrilled too.

"Oh, the joy! I've been waiting for this for a long time. My daughter is happy to go back and see her friends, and my wife can go back to work," said Maxime Aubin, father of two who lives in the northwest city of Rennes, in Brittany.

But not all parents are pleased.

A poll on Thursday by Odoxa-Dentsu Consulting for France Info and Le Figaro showed that only 45 per cent of parents were going to send their children back to school.

And 56 per cent think the obligatory return announced by Macron is "a bad decision".

"Many families won't take the risk of sending their children back to middle school," said Philippe Vincent from the majority union SNPDEN for headteachers.

In some middle schools, he pointed out, schoolbooks had already been returned and end-of-the-year teacher-student sessions completed.

From Monday, children from the same class can play together again, while ball games make their comeback on playgrounds.

Other precautionary measures will however remain -- thorough and frequent handwashing is obligatory and playing equipment must be disinfected daily or left in isolation for 24 hours.