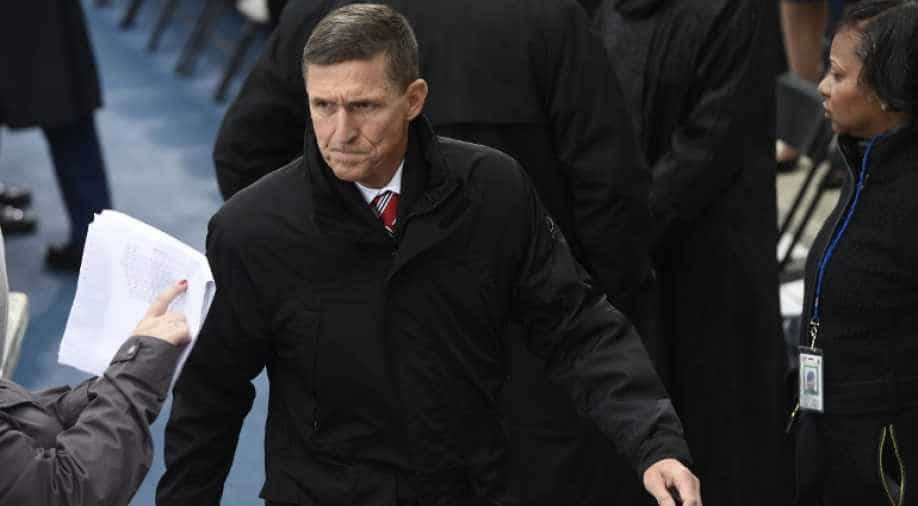 Flynn spoke with then-Russian Ambassador to the United States that day, and again the following day, according to the court documents. Photograph:( AFP )

A member of Trump's presidential transition team, later identified by sources as Trump's son-in-law Kushner, told Flynn on December 22 to contact officials from foreign governments, including Russia, to convince them to delay the vote or veto the resolution

Former US National Security Adviser Michael Flynn admitted on Friday that he asked Russia to delay a UN vote seen as damaging to Israel, but diplomats said it was not the only country he and presidential adviser Jared Kushner lobbied.

In the hours before the vote by the 15-member United Nations Security Council on December 23, Flynn also phoned the UN missions of Uruguay and Malaysia, and Kushner spoke with Kim Darroch, the British ambassador to the United States, according to diplomats familiar with the conversations, who spoke on condition of anonymity.

The lobbying took place before Republican President Donald Trump, who was known for his pro-Israel campaign rhetoric, took office on January 20. It failed, with the Security Council adopting a resolution demanding an end to Israeli settlement building on land Palestinians want for an independent state. The vote was 14 in favour and one abstention by the United States.

The efforts made on Israel's behalf capped several days of unusual diplomacy. In a surprise December 21 move, Egypt had called for a vote the next day on the draft resolution, prompting both Trump and Israel to urge Washington to veto the text.

According to court documents made public on Friday, a member of Trump's presidential transition team, later identified by sources as Trump's son-in-law Kushner, told Flynn on December 22 to contact officials from foreign governments, including Russia, to convince them to delay the vote or veto the resolution.

Flynn spoke with then-Russian Ambassador to the United States Sergei Kislyak that day, and again the following day, according to the court documents.

The 1799 Logan Act bars unauthorised private US citizens, which Trump, Flynn, and Kushner all were at the time, from negotiating with foreign governments. However, only two Americans have ever been indicted for allegedly violating it – in 1802 and 1852 – and neither was convicted.

Abbe Lowell, a lawyer for Kushner, did not respond to multiple requests for comment on Friday about Israel or other issues.

After Egypt withdrew the resolution, its co-sponsors, New Zealand, Malaysia, Venezuela, and Senegal, put it forward again for a December 23 vote.

In Washington, Kushner was in contact with Britain's Darroch, and Flynn spoke with Kislyak - lobbying to delay the vote or veto the resolution.

A resolution needs nine votes in favour and no vetoes by the council's five permanent members - China, Britain, France, Russia, and the United States - to be adopted.

Russian UN Ambassador Vitaly Churkin, who died in February, signalled to colleagues behind closed doors on Dec. 23 that he was unhappy with the haste with which the draft resolution was being put to a vote, but he did not ask for the vote to be delayed, diplomats said.

Flynn also tried to speak to Malaysian UN Ambassador Ramlan Bin Ibrahim, but Ibrahim did not take the call. He also called the Uruguayan UN mission, eventually getting through to Deputy Ambassador Luis Bermudez – who was the charge d'affaires - minutes before the vote.