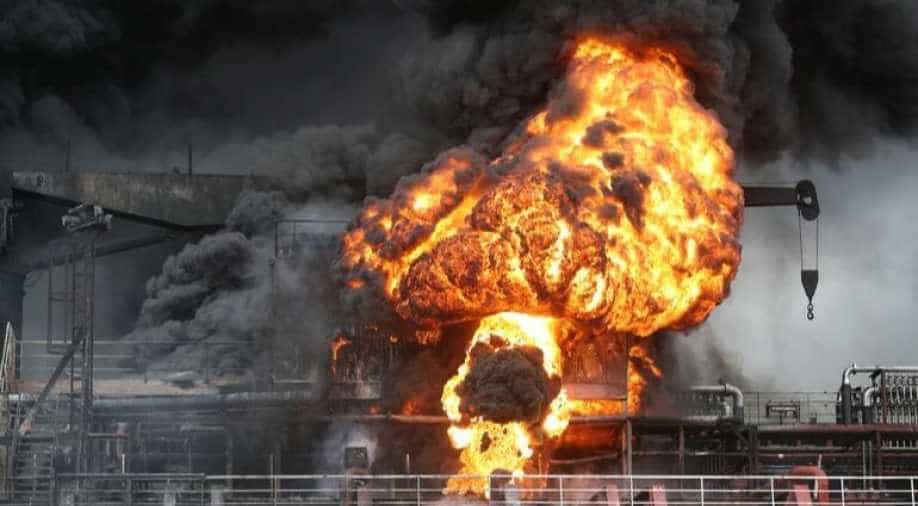 The fire has now been largely put out.

A huge blast on an oil tanker in a South Korean port Saturday sparked a raging fire that spread to a nearby vessel, leaving 18 people injured, authorities said.

A ball of fire shot up high above the ship and thick black smoke billowed into the air, dramatic images showed. Firefighters struggled to contain the blaze and prevent it spreading, shooting streams of water up onto the deck from beside the vessel in the southeast port of Ulsan.

All 25 of those on board the Cayman Islands-flagged tanker and the 21 people on the second ship have been rescued, according to the Coast Guard.

The Russian vice-consul in Busan said the tanker crew comprised 10 Russians, including the captain, and none had been seriously injured.

"Some received medical help on the spot, but no Russian has been hospitalised," said Evgeny Evdokimov, quoted by the Russian news agency Tass.

"There were no repairs or loading operations underway on the ship at the time of the explosion. It is obviously something in the cargo that caused the explosion and the fire," he said.

The Coast Guard said the cause of the blast was being investigated.