'Everything is on the line', proclaims Obama while urging Americans to vote 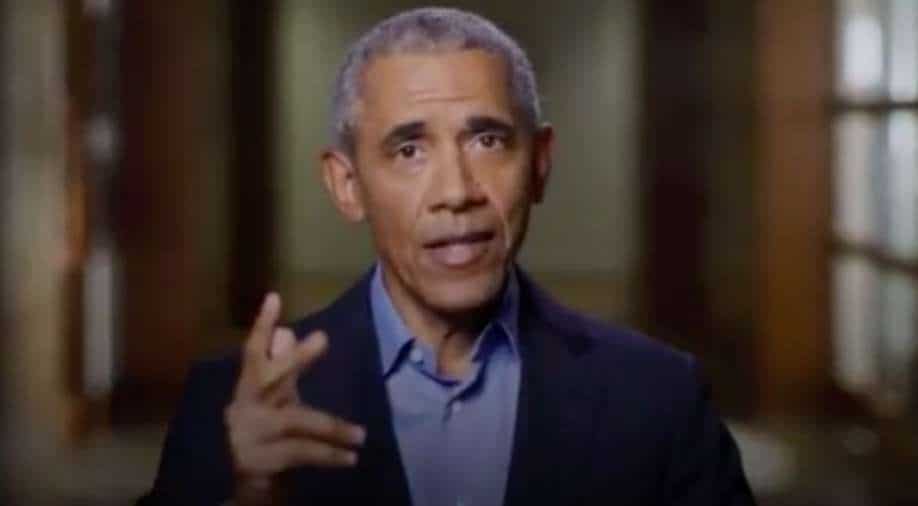 The United States is currently voting for its next president. The incumbent President Donald Trump is fighting against Democratic hopeful Joe Biden in the 2020 US elections.

Former US President Barack Obama shared a message as parts of country begin to wind up the polling process. He has ferociously backed Joe Biden, who was the US Vice President during his presidency.

“This Election Day, everything is on the line. Our jobs. Our health care. Whether or not we get this pandemic under control. But here’s the good news: today, you can choose change”, the former president tweeted out.

This Election Day, everything is on the line. Our jobs. Our health care. Whether or not we get this pandemic under control. But here’s the good news: today, you can choose change. You can elect @JoeBiden and @KamalaHarris. Let’s win this thing. pic.twitter.com/rvW2uOknpl

He started off the clip with "This is it, folks. Right here, right now".

"The actions you take today will determine what kind of country we decide to be", he added.

While urging Americans to go out and vote, clips of Obama campaigning for Biden were shown, wherein he said: "Imagine January 20th, when we swear in president and a vice president who have a plan to get us out of this mess".

He's not the only one. American leaders belonging to both the Republican and Democratic parties are urging people to vote in what many have dubbed the election of a lifetime.

As voters line up to vote during US elections, Democratic presidential hopeful Joe Biden's vice president pick Kamala Harris said "it is going to be a tight race, let's elect Joe Biden".

"Lets talk about the opportunity we have. We are in the middle of the pandemic. We have in our hands an option to elect Joe Biden who understands the dignity of life and love," the Democratic vice-presidential hopeful declared.

Meanwhile, Jill Biden campaigning for her husband Joe Biden said that "Florida is a very important state. We're hoping to win it."

Pitching for her husband, Jill Biden told voters that "character's on the ballot and Joe and Donald Trump could not be more opposite."